Readers, fstseabhak
this comes to us from my friend and mentor Nancy McDermott. Nancy writes for the online journal Spiked and is an associate with the Centre for Parenting Culture Studies at the University of Kent. Here she is responding to my wondering why so many Americans don’t think children should play at the park unsupervised.

Somehow we have replaced and ethos of resilience with an ethos of vulnerability.

For example. We went to our son’s middle school orientation last night where I learned that he was going to have to do something called Family and Consumer Science (FACS) full time, but that he would be doing French and PE on alternating days. I asked what this FACS consists of and why they were giving it more priority than learning a foreign language. So a very nice lady got up and explained that students would learn basic sewing, how to manage money, and about personal relationships, and that this is now mandated by New York State.

My heart sank. The only thing our schools are teaching our kids about relationships is that they are dangerous. On the tour of the middle school, the class rooms have signs outside that say “This is a SAFE zone” — as if kids were negotiating the streets of northern Iraq to get to their classes. We have one librarian split between two elementary schools but FOUR psychologists.

…The abstract “Student,” the “Child” all our institutions are designed to cater to, is an intensely vulnerable and incompetent one. Is it any wonder then — given that this has been developing over the past 30 years or so — that the bulk of people can’t even imagine a world in which a 9-year-old is competent enough to deal with being on his or her own? Of course the other side is that danger is overstated, but you don’t have to overstate crime statistics to make people afraid. I think it’s more that when you perceive every risk as something bad that will happen, it doesn’t matter if you have to wait 750 thousand years to be abducted in the park. That one person might be abducted in a park, ever means the danger is real.

Without being over the top, this degradation of the way we see human beings is profoundly bad because instead of organizing our society around confidence and hope, we are organizing it around vulnerability and despair. – Nancy McDermott 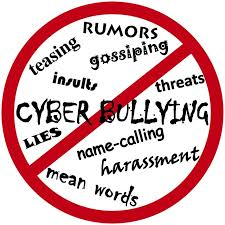 Worrying about kids is our national pastime.

Could Your Town Get Kids Walking to School Like This One Does?
“Students are Not Allowed to Ride Their Bikes to School” — Help Needed

163 Responses to Treating All Children As Vulnerable and in Danger