Why zktfydekni
do I blame the media for making us so afraid for our kids? Because the media are to blame!

Print, TV, the Internet, movies, news shows and of course viral videos — the media are all SO in love with the “Children in peril!” story that they will stoop to covering stories where kids are NOT in peril and present them as if they were. Here’s a note from a reader I recently received:

Dear Free-Range Kids: I live in Western Minnesota.Â  About a month ago a â€œpossible attempted abductionâ€ was all over the news.Â  This occurred in Ada, MN.Â  What is a â€œpossible attempted abductionâ€ anyway?Â  Either someone attempts to abduct you or they donâ€™t.Â  The press called the 14 year old a â€œyoung girlâ€ and indicated she was approached by someone asking her questions and asking her if she needed a ride.Â  They described him and warned that â€œthe man could be anywhere in the region!â€

After locating the man, questioning him and deciding not to charge him, the news was still saying that, â€œEven though the man has been located, police are reminding everyone to immediately report any suspicious activity.â€ Watch:

The language the press used basically declared him guiltyâ€”of something.Â  Many of the residents of the region were upset and wondering why he wasnâ€™t charged.

This paranoia is NOT safe for children. It is so frustrating. Â Although it may be socially unacceptable in today’s fear-mongering culture, since when is someone trying to talk to a 14 year old girl from his car and asking her if she needs a ride illegal? He didnâ€™t detain her or chase her or threaten her in any way. Â Now I hesitate to ever talk to anybody I donâ€™t know or ask them if they need a ride as I could become a suspect in aÂ “possibleÂ attemptedÂ abduction!”

Fast forward a few weeks and a town south of Ada, Wahpeton ND/Breckenridge MN, was putting parents on high alert because â€œthere were some children who have witnessed a car driving around the school 3 or 4 times after school is let out/bus stops. This happened today and yesterday.â€

What?Â  How many people drive around the school several times looking for, or waiting for, children to pick up?Â  Are we that sexist of a culture that because it was a male with a beard we need to be suspicious?Â  Are we really inducing so much paranoia in our kids that even for routine things like this the children are afraid?Â  How badly are we diluting their instincts?Â  Instincts that they should have if something is really amiss?Â  Something has to change!Â  Just my two cents.

Lenore here: The TV news reports are Onion-worthy: Area man seen near teen! Man questioned and not found to be guilty of anything but so what? That’s just MORE grist for the mill. Now we can talk about it again! Consider it an ongoing investigation. And then — would you believe it? — another adult male in a car was spotted by some other kids. When will this plague of men in cars near children end?

Anchorfolks: Keep looking stern and angry! Umbrage is your job. Viewers: Stay terrified! YOUR job is to keep the TV on and watching for more scary details. Forever! 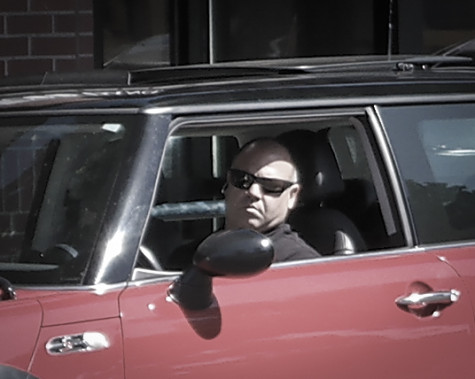 On no! Another one!

Thanks, New Jersey, For The Child Protection Laws That Are Driving Me CRAZY
What Happens When a Boy Gets Lost on His Very First Bike Ride

68 Responses to TV Anchors: No Children Were Harmed But They COULD Have Been, So Let’s Look Angry & Worried