Readers etihsydzsr
— This note from the commenter CoasterFreak reminds me of a fantastic Bloom County comic by Berkeley Breathed reprinted in the Joel Best book I am devouring: “Threatened Children: Rhetoric and Concern About Child-Victims.” (It’s all about how predator panic began and spread.) Anyway, the comic, from Nov. 21, 1987 (if anyone can figure out how to find it online), shows the reporter Milo rushing into his editor’s office shouting, “Boss!”

“Remember all our sensational, panic-causing stories about The Great Child-Stealing Epidemic?!”

“There NEVER REALLY WAS ONE!” Milo shouts.

“Great Scott!” replies the editor. “Run a correction below the tide schedules on page 109!!”

To which Milo calls, off camera, “Stop the presses!”

Dear Free-Range Kids: This past week we had two reported attempts to abduct a child in my area. The first one involved a man in a black truck using candy to lure a 9 year old girl into his truck. He was persistent, but she refused and ran home and told her parents. The second one happened the very next day and involved a 30-40 year old Hispanic male asking a 10 year old girl to come over to him. When she refused, he grabbed her and she had to fight him off. She ran home and told her parents and within 24 hours a sketch was released that included details all the way down to him having a spiderweb tattoo on his elbow.

Naturally, social media was in a tizzy about how dangerous the world is and how you should never let your child out of your sight ever for even one second!

The problem? Both reports turned out to be false. Never happened. Neither of them. Is social media now all a-flutter with proclamations about how reassuring it is to know that these events were nothing more than children looking for attention? About how our world isn’t as scary as it seems after all?

Instead, it is filled with warnings about how even though people are relieved that these things didn’t happen, they COULD have happened, so we all need to be extra vigilant in keeping an eye on our kids at all times and never letting them out of our sight, even for an instant.

I have tried to counter these arguments with a level of sanity, but there’s only so much one guy can do when up against all the crazy people.

Lenore: It’s always fascinating that when something DOESN’T happen — like, when you lose track of your kid at the store and it takes several tense minutes to find him or her but it wasn’t anything dangerous — someone usually suggests that this is a good reminder of how quickly kids can be kidnapped. Like in this radio commercial. All I can suggest is that we keep reminding people WHAT IF is not WHAT IS.  – L. 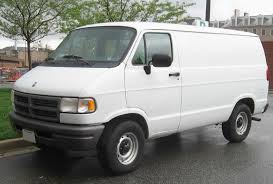 About to Give Birth and Already Sick of the “Pay More Attention to Your Baby!” Guilt
IMPORTANT! The Free-Range Kids Project for Schools

50 Responses to Two Abduction Attempts Reported in One Week