Readers bkshyrbrrb
— Normally I don’t put entire news stories on my site, but this time I must. Without seeing every word, you might be tempted to believe I edited out the important parts — like any evidence whatsoever that something truly nefarious had just transpired. So here goes. This is from WKYT in Kentucky (boldface mine):

WILMORE, Ky. (WKYT) –A neighborhood is on high alert after an unknown man approached a young girl.

It happened at the intersection of Creekside Drive and Butler Boulevard in the Meadows subdivision in WIlmore.

WKYT’s Sam Smith talked to several people in the area and they say it’s alarming. Some neighbors tell us they took extra precautions this morning as they sent their kids to school.

Police say some time between 5:00 and 5:30 Monday evening a man, driving a black SUV with tinted windows, approached a young girl.

The notion of a strange man approaching a young girl is unsettling for folks in the neighborhood. Fortunately, nothing happened.

Police are taking the matter seriously and will try to find the man involved.

“You never hear of stuff like that. You hear of other crimes, like break ins and that. You don’t hear of abductions,” Bonnie Riddle, a neighbor, said.

Police will have an added presence in this area for the next several days.

They describe the driver as a black man in his 20’s with short hair and a muscular build.

What incredible good luck that this man did not turn out to be the devil incarnate! Or perhaps he IS and is just biding his time…till Halloween, or as I like to call it, “Ghouls Gone Wild.”  – L 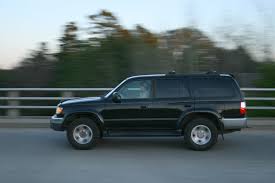 Save us from strangers who drive utility vehicles!

48 Responses to “Unknown Man Approached a Girl” Stop the Presses!