This just in, fromÂ news.com.au: zkhdrnzetd
AnÂ explanation for the clapping ban we were discussing today on the post before this one. Turns out —

A SYDNEY primary school imposed a clapping ban on its students in favour of â€œsilent cheersâ€ because one of its teachers wears hearing aids and found the noise of applause too loud, the NSW Government has said.

Mr Piccoli took to radio on Wednesday evening to defend the ban, saying â€œthe school is supporting a teacher with a disability. The teacher has asked for instances where there is cause for applause, for this not to be done loudlyâ€.

A dear relative of mine wears a hearing aid and I see her grimace when sheâ€™s suddenly accosted by a loud sound. And I like the idea of kids being sensitive to the needs of others. That being said, I do still have to wonder whether it makes sense to squelch a normal, exuberant part of childhood â€” part of adulthood, too â€” Â when the apparently solitary person affected by it could presumably leave the room.

This is really an issue I wonder about: Is it insensitive to ask a hyper-sensitive person to either make accommodations or absent themselves? 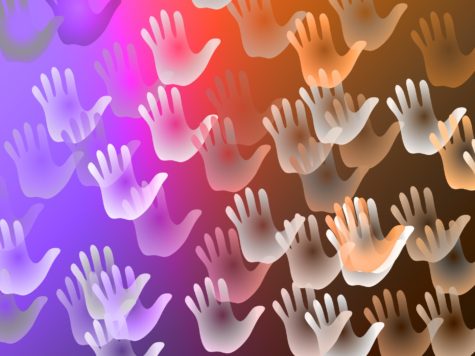 This is the sound of no hands clapping.

School Bans Clapping. Kids May Wriggle, Punch the Air and Show “Excited Faces”
Enough with the Smashed Watermelons! Helmet Mania Is Scaring Kids Away from Biking