Hysteria! Panic! Men! Naturally, I asked her to elaborate, and she did:

Ascension Parish is just a few miles away from where I live in Baton Rouge.Â 30 years ago that was all country but these days the parish is filled with non-minority middle and upper class folk who say they’ve moved out there for the peace and safety of suburban life. Yet it seems to me these people get spooked pretty hard by, well, just about anything.

When rumors started to fly last weekend that a man was asking kids for help finding a dog, the social media scene totally blew up (no thanks to the sheriff!). Comments poured across the screen like, “Watch out for the babies!” “Always report unfamiliar cars!” “Have the kids he approached been able to give a description to a sketch artist?”

Now, in between these comments were messages from the dog owners’ grandma, his friends and others who urged everyone to calm down that it wasn’t a “predator.” But no one wanted to hear it. The ecstasy and hysteria of the increasing fear, paranoia and fury was probably the most excitement some of these people had in years.

A woman actually ran out and grabbed a child she saw talking to the man in the car and forcefully dragged him away!

When the dog was actually found and returned to his perfectly normal owner there was no apology and no celebration. People still wanted to discuss the event as if it was good practice for the day a real monster came.

I’m starting to think people get off on this kind of fear. When we find it more likely that a man is snatching kids from the curb by using the old “lost dog” story than a dog actually running off and a man was looking for him, that proves our obsession with the boogeyman.

People are faking problems so they can fake solve them. No one will say boo, because it’s about the kids and if you don’t want to protect the kids you obviously want to molest them.

Poor Toby the dog, he came so close to living the lonely life of a hobo mongrel after watching his beloved master burned at the stake. 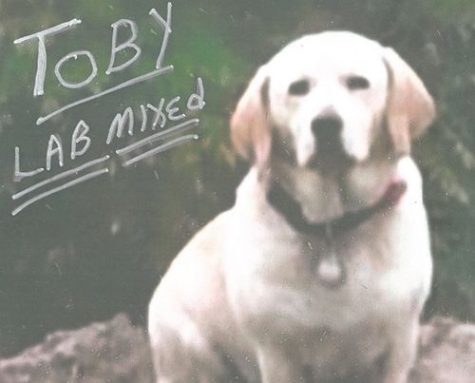 How Children Lost the Right to Roam in Just 4 Generations
Best 1-Minute Teacher Video Ever?

24 Responses to What Happens if a Man in a Van Really IS Looking for His Lost Dog?