Readers, here’s my zirtkzhfsk
piece on sex offender laws that’s in today’s New York Post.Â If you have sons, it might give you pause.

Whatâ€™s the most common age of sex-offenders?

Itâ€™s not a trick question, but unless you follow this stuff closely youâ€™ll almost certainly answer wrong.

In fact, most people are shocked to learn that the most common age of people charged with a sex offense isnâ€™t a creepy 39, or 51.

Thatâ€™s right. As the US Bureau of Justice reports: â€œThe single age with the greatest number of offenders from the perspective of law enforcement was age 14.â€

So we keep throwing kids on the registry and labeling them sex offenders, as if theyâ€™re incorrigible monsters. But in Britain, a study recently commissioned by Parliament has recommended a totally different course: Trying to understand, treat and refrain from labeling the kids, since children often â€œmake mistakes as they start to understand their sexuality and experiment with it.â€

What happens when we turn teens and even tweens into sex offenders?

The punishment and stigma can follow them for years, even decades. A study by Human Rights Watch gave the example of Jacob, a boy found guilty of inappropriately touching his sister when he was 11.

Because this got him placed on the sex offender registry, he was not allowed to live near other children, including siblings. So he was sent to live in a juvenile home, and eventually placed with foster parents.

Now 26, Jacob is still on the sex-offender registry, still unable to live near a school, playground or park.

(Even though study after study has shown these residency restrictions do not make the public any safer.)

Meantime, he has had a hard time finding work, because who wants to hire a sex offender?

And so, concluded Human Rights Watch, â€œhis life continues to be defined by an offense he committed at age 11â€ â€” an offense that most likely didnâ€™t indicate anything other than a young man in need of guidance.

Then I go on to describe an incident you read about here in 2011: Two 14-year-olds pulled down their pants and, disgustingly, sat on two 12-year-olds’ faces. Gross and reprehensible.Â But the punishment was even moreso.

Under Megan’s Law, they are now sex offenders, on the registry…for life.

An appellate court upheld the sentence in 2011, so both young men will be on the sex-offender registry until they die. As 40-year-olds, heck, as 80-year-olds, theyâ€™ll be treated as perennial perverts for something they did in junior high.

This is not only horrifying, it flies in the face of what we have learned about sex offenders (and not just the young ones), which is that contrary to public perception, the vast majority of people on the registry never offend again.

In short: Not only is the age that people get on the registry appalling, but so is the registry itself, which has been shown over and over again not to make our kids any safer. At this point, our children are more likely to end up ON the list than to be molested BY someone on it.

The sex offender laws keep getting more extreme and over-reaching, because pointless excess is an easy way for politicians to act as if they care about kids and safety…while actually ruining people’s lives. 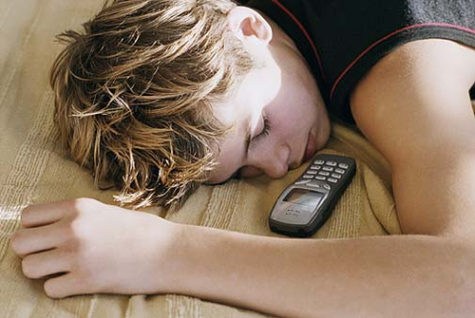 Enough with the Smashed Watermelons! Helmet Mania Is Scaring Kids Away from Biking
“Why Did The School Have a Stump So Near The Fence?” Our Knee-Jerk Impulse to Blame

91 Responses to What is the Most Common Age of a Sex Offender? (Surprise!)