Hi iyytyseyaf
Folks — We all agree that it makes sense to be aware of child abuse, and even to look out for it. But to assume “Abuse!” when another explanation is not only proffered but also likely, well, that is classic worst-first thinking: Leaping to the WORST conclusion FIRST and proceeding as if it simply must be the case. That’s what happened in this Star Tribune story by Abby Simons. (Any relation to the late Howard Simons of the Washington Post?) – L.

Little Caleb Slaven was quietly sucking his fingers in the back of the ambulance on a sunny August day in 2009, providing some semblance of relief to his terrified mother as they headed to the hospital.

Moments earlier, the 2-month-old had fallen about 2 feet from his carrier to the concrete patio behind the family’s home in Plymouth, hitting his head on some slate trim.

Tests at North Memorial Medical Center revealed bleeding on the brain, but no major permanent damage. Julie Slaven, a stay-at-home mom, and her husband, Shawn, a financial analyst for Cargill, figured it would be a few days of observation before the baby returned home, where his brother and sister waited with their grandparents.

Days later, instead of hospital discharge papers, the Slavens got notice that their son was being placed in emergency protective custody by Hennepin County, based on suspicion of child abuse. It triggered a two-month legal ordeal for the Slavens — with county officials eventually admitting they made a mistake — that lays bare the risks and ambiguities of child protection law.

The Slavens’ bid to sue the Hennepin County in federal court ended unsuccessfully late last month, but they say their case is Exhibit A of a “guilty until proven innocent” child welfare system.

The “Guilty Until Proven Innocent” phenom shows up in so many places, from background checks for school volunteers to Zero Tolerance rules that treat non-threats as threats. Read the rest of the story here. 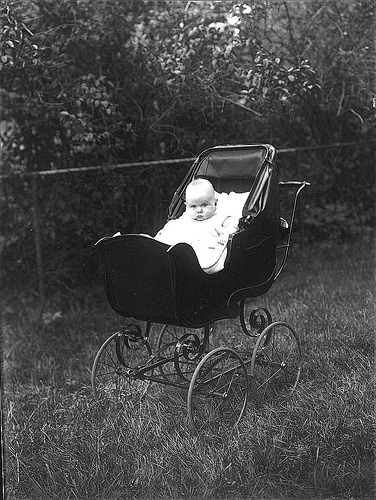 One boo-boo, baby, and you could be taken from your parents!