Readers — This may sound insane to some, but to me it sounds beyond fun. Happy New Year! – L

Dear Free-Range Kids: In honor of the upcoming holiday, I wanted to share with you my memory of my favorite New Year’s eve growing up. This was in the late 70’s, growing up in a typical suburban neighborhood. All the parents on our street gathered for a New Year’s eve party at one of the family’s homes, and instead of hiring babysitters, they decided to let all of us kids have our own party.

About 20 kids, ages 7 to mid teens, gathered in the basement rec room of a neighbor’s home, had some snacks and soda, got out a ton of toys, put the top 40 countdown on the radio and proceeded to have a great time totally unsupervised by any adults, while all of our parents were having their own party several houses down. No one got injured, killed, kidnapped, drunk, arrested, or kidnapped by aliens. We all got to stay up til midnight, we had a blast and we felt grown up. Our parents had fun at their party, they knew where their kids were, and no one had to pay for a babysitter. Win-win! – Beth 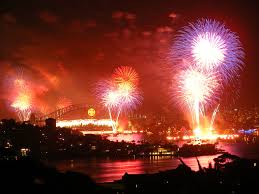 UPDATE! Two Versions of What Happens When We Let Kids Wait in the Car. NEEDED: Someone Who Has Faced Kids-in-Car Charge
Cops Say Mom Left Kids Home with 13 y.o. WHY IS THIS A CRIME??