Here’s kyihtazfrr
a nice little story to remember: Our kids have brains. Even at a young age they think and try to figure things out. This is something we’ve been encouraged to forget, and act as if they can do absolutely nothing on their own. – L.Â

Dear Free-Range Kids: I’ve read so many articles and posts here about how resourceful kids can be if left to their own devices and just had to share what happened with my 6 year old son after school last week.

For the first time, I was to pick him up at the side crossing, instead of meeting him at his classroom. He suggested it, and since I’d been trying to encourage it for over six months, I was in complete favour of the plan.

I arrived at school just before the bell and waited 10 minutes. He didn’t come to the crossing. I drove around to the main gate just in case he’d gone there instead. Not there either. The mother of a classmate stood by the car and watched my 6 month old twins, while I went looking. Turns out that in the short walk between where I’d parked and Â gone to the school office and then back to the car, he’d arrived at the main gate.

He’d decided to play on the playground for a while before coming to the crossing. By the time he got there, I’d gone. So he asked everyone if they’d seen my car, complete with description. Nobody had, so he wondered if I had meant the main gate and walked around the outside of the school to the other crossing. When he got there, he asked the crossing lady and some other adults he knew if they’d seen me. They said they hadn’t, so he stood and chatted happily until I found him.

When we were talking about it later, he told me that he’d walked around the outside of the school so that I could see him if I drove past, and that he’d waited at the crossing for the same reason.

We hadn’t had any discussion about what to do if I wasn’t there to met him (it hadn’t occurred to me that anything would go wrong!) and when I caught up with him again, he was cheerful and relaxed, treating the whole thing as a total non-event. Which, by the way, it was!

Did we learn anything from this? My son learnt that his mother will not wait around for him all afternoon so he can play and I learnt that I was right and don’t need to worry about him as much everyone thinks I should. Â There may be a solo trip to a nearby playground in his future. – Proud Mama of a Regular Little Boy

Lenore here: Let me know how the solo trip goes. Could be inspiring!Â

Â AND LOOK AT THIS! Speaking of kids being safer and smarter than we expect, here’s a lovely tale, that comes to us from the commenter Papilio in The Netherlands:

Roughly translated from an article in my newspaper today:

Voorburg â€“ A nine-year-old boy from Voorburg that was missing for several hours last Tuesday, turns out to have been doing a good deed. He was helping a confused elderly lady find her house. The police reported this yesterday. After a long walk the boy even bought the woman a cup of coffee. He did this at a place he knew: McDonaldâ€™s. The mother of the boy raised the alarm when her son hadnâ€™t come home for dinner. One of his friends saw him still walking outside around half past six. The police hereafter started a search immediately and found the boy and the 81-year-old woman already after half an hour. The woman turned out to be confused and living in the municipality of Waddinxveen. The police then brought her home. 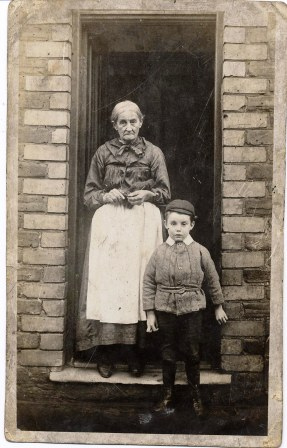 37 Responses to UPDATE! When Her 6-y.o. Didn’t Show Up at the Planned Spot