Readers — Here’s dythnbkkef
a story that has been getting attention: Florida mom Nicole Gainey let her 7 year old walk to the park, and on the way, some adults feared for his safety and called the cops. The cops swooped in, scooped up the boy and drove him home. Then they arrested the mom, because there are “sex offenders” all over the place, so apparently the mom deliberately placed her child in danger.

I’m grateful that the Huffington Post called yesterday to get my take. From the piece by Caroline Bologna:

Lenore Skenazy, who wrote “Free Range Kids” and gives lectures around the world about “how we got so afraid for our children,” spoke to The Huffington Post about this latest incident. “Are we supposed to lock all our children inside for their safety at all times, and then we’re negligent child abusers if we don’t?” she said. “The idea that there are predators everywhere is a false one,” she added, noting that violent crime rates have dropped down to low levels not seen since the days before color TV and the time when gas only cost 29 cents per gallon. Skenazy also cited an Economist study on sex offender laws in Georgia, which found that only 5 percent of the people on the registry posed an actual threat to children.

The study wasn’t actually BY The Economist, but it was IN the Economist and I’m thrilled she included a link. Here is the part of the piece I was referring to:

As a share of its population, America registers more than four times as many people as Britain, which is unusually harsh on sex offenders. America’s registers keep swelling, not least because in 17 states, registration is for life.

Georgia has more than 17,000 registered sex offenders. Some are highly dangerous. But many are not. And it is fiendishly hard for anyone browsing the registry to tell the one from the other. The Georgia Sex Offender Registration Review Board, an official body, assessed a sample of offenders on the registry last year and concluded that 65% of them posed little threat. Another 30% were potentially threatening, and 5% were clearly dangerous. The board recommended that the first group be allowed to live and work wherever they liked. The second group could reasonably be barred from living or working in certain places, said the board, and the third group should be subject to tight restrictions and a lifetime of monitoring. A very small number “just over 100” are classified as “predators”, which means they have a compulsion to commit sex offences. When not in jail, predators must wear ankle bracelets that track where they are.

So, I wish for three things:

1 – I wish society would give parents the benefit of the doubt when they let kids do things on their own, instead of immediately treating them as negligent jerks.

2 – I wish people wouldn’t assume that just because someone is on the sex offender registry, he or she  automatically poses a threat to children.

3 – And I wish that  the registry wasn’t public. It is making the population — and the police — paranoid while showing no effect whatsoever on making children safer.

Can I have one more wish? (Heck, the Blog Fairy isn’t that picky, right?) It’s this: That we send our kids outside IN DROVES. The reaction to stories like this one shouldn’t be to lock our kids inside for fear of the cops. It should be to flood the streets and parks with children, if only to drive the drive the busybodies crazy. – L 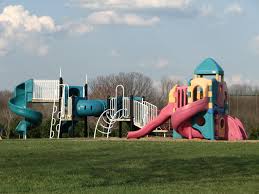 “Thankfully, the Children are OK.” Mom Arrested Anyway
What are YOUR Three Free-Range Wishes?

109 Responses to When Letting Your Child Play Outside is a Crime, Thanks to a Fear of Sex Offenders