An extremely insightful and rather frightening op-ed idksbniybt
in yesterday’s New York Times looks at why Millennials are “so wary of freedom.” It’s by Clay Routledge, a professor of psychology at North Dakota State University, and it cites stats about how the younger generation is less convinced that democracy or free speech are good ideas.Â  This crosses party affiliations, so it’s not like only conservatives care about liberty (which would be depressing in its own right).

The logical question then becomes:

Â What unites so many young Americans in these attitudes? I propose that the answer is fear â€” the ultimate enemy of freedom.

Parental culture in this country has become increasingly guarded and safety focused, as illustrated by the rise of â€œhelicopter parenting.â€ The benefits of increased safety are many. But somewhere along the way, protecting children from needless harm became conflated with shielding them from stressors and uncertainties (such as having to solve everyday problems, like getting lost, on oneâ€™s own) that are critical for developing personal independence.

Of course, you know we never blame helicopter parents at Free-Range Kids, because even when parents WANT to let their kids walk home from school at, say, first grade, many schools won’t allow it, and it’s also possible the authorities could interpret it as neglect. So let’s blame our culture which INSISTS we helicopter and stunt our kids. How has it managed to do that?

It has told us for the past 30 years or so that everything our kids do on their own is likely to end up killing them. Walk around the neighborhood? Death. Trick or treat? Death. Home alone? Death. Or, if not death, our children will be hurt in such a way that they will never recover. Sleepover? They’ll be molested. Play at the park? They may be flashed. Take the bus? They could be bullied. And on and on and on. The “solution” (to a problem exaggerated beyond belief) has been to never let kids do anything on their own. Who cares if they don’t develop street smarts or resilience? They may be stunted, but at least they’re safe.

And now, at college, that cosseting culture continues:

Colleges and universities have exacerbated the problem of dependence by promoting what is sometimes called a culture of victimhood. American college students (who are some of the safest and most privileged people on the planet) are to be protected from, and encouraged to be ever-vigilant about and even report, any behavior that could cause emotional distress. Feelings and experiences that were once considered part of everyday life, such as being offended by someoneâ€™s political views, are now more likely to be treated as detrimental to mental health.

Once again the problem is underestimating young people. We think they can’t handle a walk to the park, a taunt on the playground (not persistent bullying — a taunt), and, when they get a little older, a visit to the campus by someone they disagree with.

There may be some benefits to an increased sensitivity to studentsâ€™ psychological vulnerabilities. Young people today face unique stressors, such as the ease of harassment presented by social media. But instead of helping, a culture of victimhood worsens the underlying problem…. Indeed, despite growing up in a physically safer and kinder society than past generations did, young Americans todayÂ report higher levels of anxiety.

They sure do — huge Times article on that yesterday, too. The answer is simple — and hard. We have to give our kids back some unstructured, unsupervised time in which they deal with life’s curveballs on their own, growing brave and confident in the process. And we have to make sure society accepts the fact we refuse to keep helicoptering.

In truly dangerous neighborhoods, we may have to give kids their independence indoors. They can make dinner, visit a neighbor in the building, babysit. But in neighborhoods where bullets aren’t flying, it is time to get them back into the outside world.

Consider having your school adopt the Let Grow Project (formerly Free-Range Kids Project), where kids go home and do one thing on their own that they feel ready to do, like walk the dog. Or consider getting together with some other neighbors and sending the kids outside together, but without a security detail. Consider asking your kids to run some errands so they become part of the community. Consider getting your city council to declare your town a Capable Kids Community, where children are expected to be outside on their own, not treated as AWOL prisoners from safety land.

We are coming to recognize that in our desire for zero risk we have made our kids too safe to succeed. We can change that by insisting on our right to give them back the freedom to run around, screw up, and grow up. 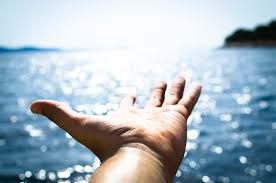 36 Responses to Why Are Millennials So Afraid of Freedom? I Think We Know