Readers hrznndyyat
— This surprising story of parental reversal comes to us from Jody Allard, a single mom of seven in Seattle.Â

Why Stalking Your Kids Isn’t Okay, by Jody Allard

Earlier tonight, one of my teenage sons came home from his first date. He plopped down on the couch, kicked off his shoes, and told me pretty much everything. Not in graphic detail, thank God. But enough to know that he’d had his first kiss.

As we talked, we briefly discussed consent (in this case, his!), condoms, and his very firm belief that he isn’t ready to have sex yet. After I shared a few condom tips I swear no one ever tells you until it’s too late, he wandered off in search of food.

Later, my teenage daughter came in to tell me that her childhood BFF has started hanging out with kids who smoke pot. The girl’s recent birthday party was a beach bonfire complete with weed. Even while proclaiming how stupid drugs are, and how sad it is her friends from middle school are doing drugs at age 14, my daughter paused to wonder why her BFF hadn’t invited her. Exclusion hurts.

Later still, all three of my teens came together to discuss a mutual friend’s living situation — they were concerned it might be unsafe.

After I finally managed to get everyone out of my bedroom, I replayed all of the evening’s events. Sex, drugs, interpersonal relationships… Â But, I don’t think that I have ever been as proud of my kids as I was tonight.

I’m no expert at this parenting thing. I originally followed my own mother’s approach simply because it was familiar and, I assumed, correct. But as my kids grew older — and I grew up — that approach evolved.

Originally, I had many rules, rewards, sticker charts, and punishments. My kids behaved pretty well, and I thought that I was an awesome parent. Then they hit their pre-teen years and started telling me all of the crazy things that they had been doing while I thought they were following the rules! Climbing out of windows and walking along the roof to get from their room to their sibling’s room (just to get out of a time out!) was the one that really blew my mind. If my kids could swing that without me or my hyper-vigilant ex-husband noticing, it became clear that the idea of controlling my kids’ behavior flat out didn’t work.

Since I’m not a fan of wasting my time, I tried something new. I ditched all of the rules, other than a few very basic ones that were written out and agreed to during a family meeting. I lifted all limits on screens. I got them smartphones. I made no effort to monitor their online behavior. I removed myself as a person of power and instead tried to create a new role of engaged leadership. I stopped lecturing so much and started listening more. And I kept talking to them about everything, from something I saw on Twitter to why I was touched by an article in the news. If I was concerned about their behavior, I talked to them about it, rather than creating a rule.

It’s been two years now since I dramatically changed my parenting approach. Along the way, I found my own boundaries for what I was willing to accept from my kids, and I began to make that clear. There might not be many rules in our house, but I don’t allow myself to be treated poorly, either. Thankfully, a sense of humor goes a long way toward easing tensions all around.

Recently, I’ve seen a surge in articles and social media posts about the need to monitor teens’ behavior, especially online. A friend posted about the topic and her friends suggested everything from having all of her kids’ emails forwarded to her, to viewing all of their friend’s friend’s friend’s accounts on social media to see what kind of kids her kids they hang out with. One mom reads her teens’ texts every night. Another has software that monitors and tracks all internet usage.

When I encounter behavior like that among parents, I wonder why stalking your child is ever considered acceptable behavior. Stalking an adult is a crime. I don’t understand why doing the same to a child has come to be considered good parenting.

A Great Way to Win Your Child’s Distrust

I also have to ask myself what the goal is. Is it to protect kids from danger? Is it to make sure they never make a mistake? In any case, it seems designed to build resentment, distrust and hostility. Imagine how you would react if your significant other demanded you hand over copies of everything you did on your phone every day!

Kids have privacy and autonomy, too. By the time they reach the teen years, it’s time for them to start making decisions, stretching those wings, and…making mistakes. Doing the same stupid stuff teens have been doing for decades. All in the name of being a flawed, imperfect human who learns and grows.

Erring on the Side of Trust

My kids have generally been given as much freedom as I felt they could handle. In the past, I erred on the side of caution. Now, I err on the side of trust. Not because I expect them never to mess up, but because I want them to have the freedom to do just that while they are still safely cared for here at home.

Sometimes, I shake my head at the crazy things my kids do. But by being trusted to make their own choices, they have learned to trust themselves and their own judgment. Even at 16, for example, my oldest son doesn’t want to learn how to drive. Instead, he takes the bus and has chosen to wait to drive until he feels ready.

I know that my kids won’t always be on the “right” side of every situation, like they happened to be tonight. Eventually, they may choose to have sex or try pot. And, considering that 99% of the adults that I know have done both, I think that they will be just fine.

A few weeks ago, I de-friended my kids on Facebook. I realized that, with my kids as my friends, I just wasn’t free to post openly. They were horrified by my decision, and gasped, almost in unison, “But, how will we know what’s going on in your LIFE?!” 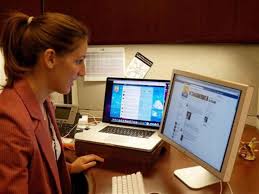 A mom on Facebook recommended friending your kids’ friends’ friends.