January 27, 2016
.
Remember: tzathbfeff
All men are evil, all kids are in danger. That’s all you need to know:

Dear Free Range Kids, I am so angry right now I’m shaking. I hope I’m able to make sense. My children are enrolled in “Homeschool Swim” on Friday mornings at our local park district athletic club. Before and after class, they change in the appropriate gender designated changing room. There are family changing rooms, but they are always in use at the time we arrive and leave.Â There are classes for retirees going on at the same time, so many of the women use the designated “family” changing rooms to take advantage of the private shower & hair dryer.
.
Today, my 10 year old son and 2 other boys were told by an athletic club member (not an employee) that they could not use the locker room without a parent. One of the boys (not mine) was crying because the “well meaning stranger” told them it was dangerous.
.
I went to the front desk to complain, where I was told that the member had already reported it to them. We were told that our children had to use the family changing rooms. When I complained that those were always in use by individuals, I was just repeatedly told that I didn’t know who might be in the locker rooms and it was “too dangerous” for my boy to change there. No mention was made of my daughter who changes in the women’s.
Â .
There was another mother there doing an unrelated transaction at the front desk, who then jumped in to say how she didn’t let her kids change in the changing room. They just kept saying how dangerous it was and that the member who complained might have some special knowledge about another member….
Â .
Those of us with kids in “Homeschool Swim” repeatedly asked what they would do about the “family” changing rooms being in use if children couldn’t use the locker rooms. No answer was given, just the repetition of how dangerous the locker rooms are for unattended children. Then as we were walking away, the “well meaning” stranger came up to us and started telling us how dangerous it was. One of the other moms said, ” If you think they’re vulnerable, why don’t you just supervise them instead of kicking them out?” The man then went on about not being “authorized” and that we would have to have an adult employee of the athletic club supervise them (because someone obviously watching you change is so much better than someone sneaking a peek, I guess).
Â .
When we did not agree with him, he then threatened to report us to child services for neglect claiming to be a mandated reporter. So, now I’m waiting for someone from the athletic club to call me back to find out if my kids can use the locker room and if not, how we can ensure that only families use the family changing room. And my son and daughter (she’s 8 ) will not change in front of each other, so we need 2 changing rooms. Or maybe my son can change alone in the family changing room while I go with my daughter to the women’s. I don’t know how that’s safer, given that he’d be in a small private room so if one of those crazed sex maniacs that are lurking around every corner pushed his way in there would be no one to protect him.

Lenore here: This is a panic. You can recognize it, because no facts back up any assertion of “It’s too dangerous!” only fear. Fight these rules! And wish me luck — I am running off to meet with someone who can help us write a legalistic sounding Free-Range Kids Bill of Rights! – L
UPDATE: My bad. This was not a Y. It was a local park district. 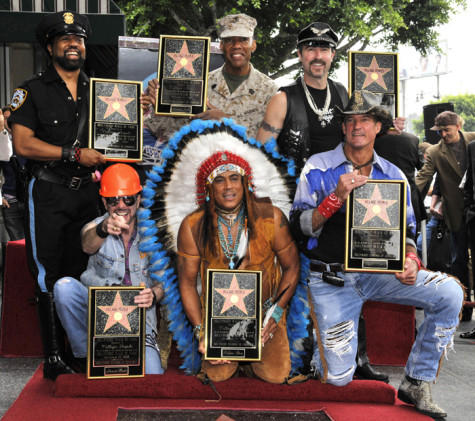 It’s no fun to change at the YMCA.

99 Responses to UPDATE: Why is My Son Not Allowed to Change in the Men’s Locker Room at the Y?