Remember the bad old days when a rape victim would show up in court and the defense attorney would say, “Why was her skirt so short?” As if the woman caused her own rape.

Only gradually did it dawn on us that this is blaming the victim. Once we recognized how cruel and clueless this is, we became a more empathetic society.

Except when it comes to moms.

“Blaming easyzfhyez
Mothers: American Law and the Risks to Children’s Health” is a new book by Pace University law professor Linda C. Fentiman. It looks at why we keep moms in the crosshairs of our condemnation. From pre-birth through adolescence, when something goes wrong with kids, it is often considered morally and even legally Mama’s fault.

If you need an example, just read Friday’s post. A Des Moines Iowa mom, Laci Lynn Taylor, left her 3-month-old on the changing table when she went to get her bottle. The child rolled over and accidentally suffocated against the edge of the table — as rare and horrifying as anything I can imagine. But rather than treating it as a freak accident, the state has charged the mom in her baby’s death and locked her up these past four months because she can’t make bail. She faces a possible 25 years in prison.

The mom was not perfect. She should not have left her baby on the changing table. But let he who is a perfect parent cast the first stone.

Why would we treat a grieving mother as a criminal? Fentiman lists several unconscious biases at work in our society:

â€”Hindsight bias. Once a tragedy has occurred, it’s impossible to look back and not think it should have been easy to predict and avoid.

â€”The fundamental attribution error. This is the unconscious belief that bad things only happen to bad people.

â€”The “reasonable man” theory. In the olden days, negligence was determined by what a “reasonable man” would have done in the situation. For example, a reasonable man wouldn’t leave a 4-year-old home alone for a weekend. But now that we think about the “reasonable woman,” the bar is higher. “A reasonable mother is supposed to be superhuman and always do anything to minimize the risk to her children,” says Fentiman. So if something bad happens while a mom is, say, napping, she can be blamed for daring to shut her eyes.

â€”Causation. The American legal system holds the primitive notion that there’s only one cause of any problem. So, for instance, a child who is beaten to death is not a victim of poverty, an abusive dad and a broken protective services system. It’s simply that his mom didn’t save him. 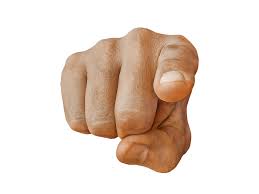 I want YOU to take the blame.

Baby Accidentally Suffocates While Mom Gets Her Bottle. Mom Charged With Her Death
Now You Can Monitor Every Calorie Your Child Eats or Burns!

36 Responses to Why We Blame Moms When Their Kids Die