This public service announcement tells you not to abandon your toddler in the park, even if you’re having a bad day. Because…this is such a pervasive problem?

Here’s znsdhenrif
what Ellie Lee, director of the Centre for Parenting Culture Studies at the University of Kent, has to say:

How can any responsible public service organisation make a film like this? This film serves no possible positive purpose.It’s single most likely outcome is to provoke unnecessary alarm about the safety of any child who does not have a parent right next to them at all times. In general it will fuel already out of control sentiments about the deficiency of parents.

It can do nothing whatsoever to address the problem of some parents using their children in their conflicts with each other, but which are nonetheless very unlikely indeed to end in this sort of scenario. ‘Poetic license’ applies to artistic output. This sort of effort to use extreme scenarios to generate fear in the viewer has no place in public service.

Agreed! Since when are public service announcements allowed to make up scenarios that “feel” real and then act as if they are actual issues the public must be warned against?

If I made a PSA about the dangers of moms perching their toddlers in trees, or buying them pet scorpions, or giving them full-face tattoos, would it get airtime and make people mad at those horrible parents who do that sort of thing? 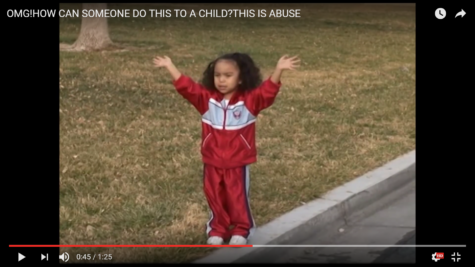 Mommy! Save me from this pointless Public Service Announcement!

CAUTION: MAY CAUSE LAUGHTER “Warning Label for a Ball” Contest Results!
“Your Baby Looks Cold. Please Leave the Football Game”