Readers — The “No daktayfnyk
Sleepover” article I just posted about inspired these lovely comments from you. Enjoy. – L

Good reasons to say Yes to Sleepovers (by “Albert”)

AAAAAA.. I can’t keep reading that article my head will explode. But to save other people I will summarize the 9 slides

1. Things are different now (so if you did sleep overs and are normal your experience doesn’t invalidate our assumptions)

2. The kids will be too tired the next day from staying up all night. And your house will be dirty…. except that since there was no sleep over (or maybe it’s ok to host one, but then who would come over since you woulnd’t let your kids play with someone whose parents would let them sleep over) how is your house gonna get dirty.

3. Some kids aren’t ready for sleep overs so no one should have sleep overs.

4. You don’t like/trust some parents so you should just not let any sleep overs happen rather than explain to your kids that some things are ok and some things aren’t.

5. This seems like a repeat of #2 but instead of just a sleepy kid you will wind up with a stupid kid because one night of sleeping over will leave them so exhausted they will fall behind in their school work.

6. They might watch or hear something that you don’t approve of. Movies, TV,Â  etc. If they are at someone else’s house they may experience something outside the controlled environment you have at home.

7. They might do somehitng else you don’t approve…. i.e. DRUGS!!!! bumbumbuuummmm. Because since you can’t select whose house they sleep over at (see #4, all-or-nothing) you will have to let them sleep over at the neighborhood crack-mamas house and you know what that means.

9. But it’s your call…. if you love your kids, you will not allow any sleep overs, but that’s only if you really love them… like we do our kids, so you decide for yourself. 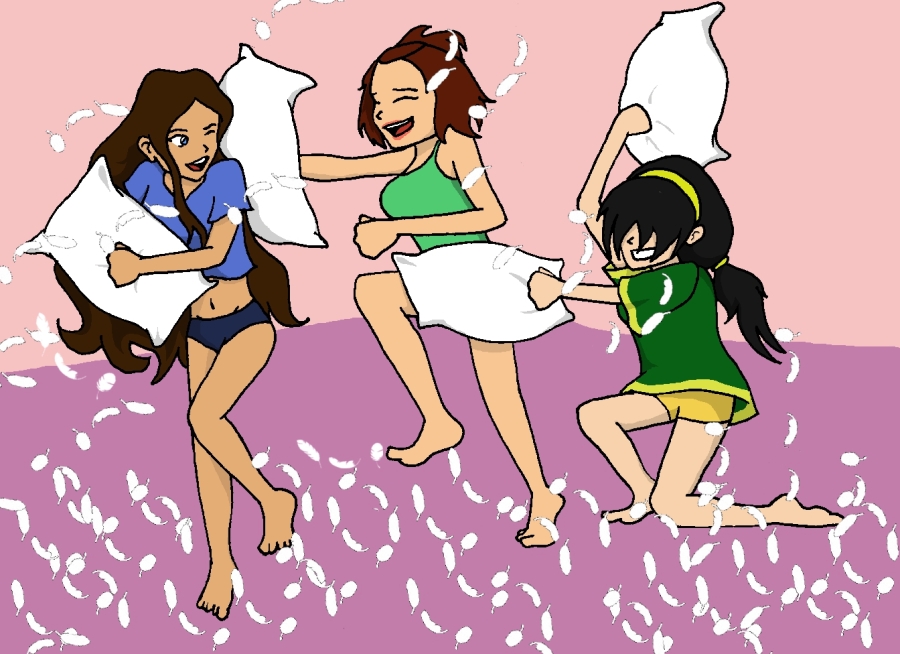 And what if kids are allergic to pillows? Or each other? Or air? Did you think about THAT??? (Illus by waterwriter144, at Deviant Art)

You’d Let Your Kids Go on a SLEEPOVER?! Isn’t That Like a Death Wish?
First Lady Endorses Walking to School (But…)

167 Responses to 7 Reasons to Say YES to Sleepovers!