July 20, 2016
.
David iankznzksa
Pimentel is law professor at University of Idaho and the father of six Free-Range kids. He writes and speaks about why it’s wrong to legally mandate helicopter parenting. You can find his articles here. And here’s his post on an important verdict (subheads and boldface, mine):

.
In a critical decision in favor of Free-Range Parents, theÂ Maryland Court of Appeals just reversed the conviction of Beverly Annetta HallÂ for child neglect.
.
Ms. Hall had left her 3-year-old childÂ in the care of his 14-year-old sister. In the middle of the night, after everyone in the house was asleep, the 3-year-old apparently woke up, let himself out of the house dressed only in sweatpants and a t-shirt (in February in Maryland), and wandered into the middle of a six-lane roadway several hundred yards from home.
.
He was picked by a passing motorist at 2 a.m., and shortly after the 14-year-old called the police in the middle of the night to report the missing child, he was in safe hands.
.
MOM SENTENCED TO JAIL
.
The mother, however, was charged with child neglect and sentenced to 20 days of incarceration.
Â .
Although her conviction was initially upheld, the Maryland Court of Appeals has overturned the conviction. The motherâ€™s decision to leave a 3-year-old in the care of a 14-year-old, the court held, had to be judgedÂ withoutÂ the benefit of hindsight. Despite the jury’s hindsight-aided view of the case, the fact that the child ended up in serious danger did not make the otherwise reasonable decision to leave the child in the care of his 14-year-old sister a criminal act.
Â .
The critical issue here, of course, is that freak accidents happen (sometimes involving gorillas and alligators, if youâ€™re following recent news events), but that the awful outcome is not itself evidence of a failure of the parents, notwithstanding the blamersâ€™ and shamersâ€™ denunciations.
Â .
APPEALS COURT: CAN’T BLAME PARENTS FOR SOMETHING UNPREDICTABLE
.
Borrowing heavily from my 2012 law review article, â€œCriminal Child Neglect and the Free Range Kid,â€ the court concluded that criminal liability must be based on objective assessment of the parentsâ€™ actionsâ€”whether they posed â€œsubstantial risk of harmâ€â€”based on what the parent knew at the time,Â i.e.Â what a reasonable parent would have done, without the benefit of hindsight.
Â .
I would go further and suggest that the parent deserves the benefit of the doubtâ€”and evenÂ has a constitutional rightÂ to itâ€”because, among other things, the parent knows better than anyone what her 3-year-old is capable of, and what her 14-year-old is capable of, and because disrupting the family like this is certainly not in the best interest of the children.
Â .
THE PROBLEM WITH JUDGING WORKING CLASS MOMS BY UPPER MIDDLE CLASS STANDARDS
.
There’s also a concern that race and class can be issues in cases like this. One of the public defenders who represented Ms. Hall over the course of this case, made the observation: “She is black and indigent and was tried in a very wealthy county in Maryland. It is interesting how folks with money can judge how folks without it raise their children.” Indeed, it is scary how often the parents targeted in these cases are from the underprivileged sectors of our society, single working parents who can’t afford to hover over their children at all times, or to hire nannies to do it for them.
Â .
It is refreshing to see fairness and common sense prevail in our courts of law. Judges can be real heroes in these situations. While no one can shrug off the danger this child faced, it served little purpose to single her out the mother for blame and for punishment, when she entrusted the child to a responsible 14-year-old. Ms. Hallâ€™s nightmare appears to be over, and her attorney assures me that she has now regained custody of her children*, but the toll this must have taken on her and her family over the last 3+ years is difficult to fathom.
.
SHAME ON THE PROSECUTORS
Â .
The real travesty may be that the blamers and shamers prevailed in the prosecutorâ€™s office and in the trial court.Â  Thank heavens for right of appeal, and for cooler heads on the appellate court. Hopefully this will be good precedent for other courts and other cases. — David Pimentel
Â .
*We’ve been unable to confirm just how long Ms. Hall was deprived of her children; her attorneys have declined to comment out of their duty of confidentiality (and presumably their respect for Ms. Hall’s privacy).

Â .
Lenore here: Let’s hear it for the judge, and also for Prof. Pimentel, who has really taken the reins when it comes to making the legal case for Free-Range Kids. – L. 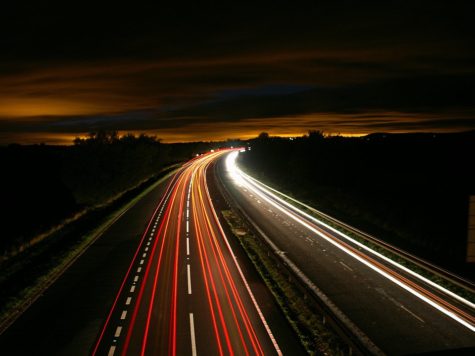 Is the mother to blame if a child sneaks out to the highway at night?

My Kid’s Camp Made Her Drink So Much Water that She Got Sick
School Bans Clapping. Kids May Wriggle, Punch the Air and Show “Excited Faces”

60 Responses to Boy, 3, Sneaks Out and Wanders onto 6-Lane Highway: Is Mom Guilty of Neglect?