What does a revolutionary look like? I can’t tell exactly — I can only see this one from behind. But I echo his proud mama’s Facebook post:

I’m so proud, I could cry! Pascal spoke before the Senate Judiciary Committee. He was clear, calm, and articulate. He received many kudos from the senators. Our videographer only caught the tail of the speech so here’s the whole thing, in writing.

“My name is Pascal and I am 9 and a half years old. How are we kids supposed to learn responsibility if we can’t do anything for ourselves?If there is always a parent around, we will ask them for help, instead of doing it ourselves.If I was a kid in the olden days, like Huck Finn, I would be totally free.I feel responsible enough to stay home by myself. My final thought is, I think this bill is unnecessary.”

And from Randall Rose, the commenter who alerted us to this bill in the first place, comes this report:

Three mothersÂ testified against the “no kids alone in the house” billÂ along with the 9-year-old and me.Â  The 9-year-old’s motherÂ was one of those who testified but the boy wrote hisÂ own testimony.Â  No one spoke for the bill.Â  The senators on theÂ committee made no positive comments on the bill, andÂ several of them were clearly against it — those senatorsÂ who spoke seemed to be working to show they agreed thatÂ the bill was bad.Â  I don’t think the committee has anyÂ interest now in passing the bill — I can’t prove it but that’sÂ my sense.Â  The other bill, the “no kids alone in car” bill, wasÂ also criticized briefly by some of the people who testified, butÂ the senators didn’t address that one in the hearing.Â  So I don’tÂ know yet whether the “no kids alone in car” bill still has any legs.

I’m trying to find out.Â  One of the mothers who spoke and I areÂ jointly contacting the sponsor of the “no kids alone in car” bill.

This is Free-Range activism at its finest! The lawmakers probably never truly plotted out the “real world” impact of their cockamamie ideas. So you let them know! It does NOT save kids to have their parents arrested for letting them stay home a little while, just as it does NOT save kids if their parents’ drivers’ licenses are revoked for three years, leaving them no way to get to work or even the pediatrician. We don’t even have to FIGHT the power, we just have to do a short REAL WORLD ANALYSIS and they can see!

And if we can bring the kids, so much the better! – L. 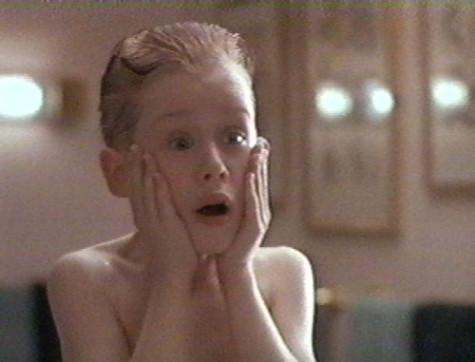 Fair, Fat and Four
Accordion Causes School Evacuation — and It Wasn’t Even Played

28 Responses to Boy, 9, Addresses Rhode Island Senate About “No Child Under 10 Can Stay Home Alone” Bill