How can you not love this ddbyhndyhb
story? Siblings Jack and Phoebe Gore, 10 and 7 respectively, hung out the proverbial shingle and started a detective agency in the northern Manhattan neighborhood of Inwood. They charge $6 a case and, according to DNAInfo’sÂ Carolina Pichardo:

With only a few weeks in business â€”Â and using nothing more than a whiteboard, notepad, handmade fliers and a customized badge their grandfather, a retired lieutenant of the NYPD,Â gave them â€”Â the brother-and-sister duo have helped their neighbors find everything from a lost dog tagÂ to an earring to a wad ofÂ cash.

The dog tag was their first find — they stumbled upon it in the park and called the phone number on the back. Okay, maybe not quite The Maltese Falcon. But the cash case was cooler. Â As their mom, Tara Kapoor, told DNA:

[Their] keen sense of observationÂ helped them solve their favorite case â€”Â when they found $820 in cash tuckedÂ inside an envelope on the ground in the lobby of their apartment building.

The pair put up flier announcing they’d found the money and asking its owner to come forward.

“We asked them to tell us the exact amount, what it was inÂ [and] where they were walking,” Jack said.

The real owner â€”Â a nanny whoÂ worked in their apartment building â€” called immediately and they were able to return the cash.

“It was her weekly pay,” Kapoor said. “She was so grateful.”

No word on how the grammar school gumshoes solved the Case of the Missing Earring (I’ve got about 27 cases of that they could solve for me). But clearly they have successful solved the most vexing mystery of our time: Why don’t kids get to have adventures anymore?

Their solution was elementary, my dear readers:Â Make some. 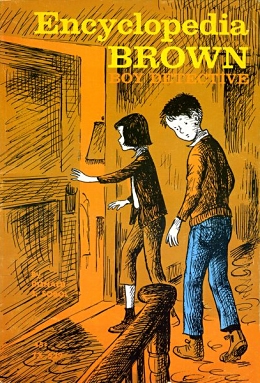 The Case of the Missing Childhood Adventures. SOLVED!

“Contributing to Deliquency of a Minor” Charge May Hit Teacher Whose Student Took Her Phone and Sent Out Her Nude Photos
“Good Samaritan” Sees Girl, 2, Having Tantrum at Park, Calls Cops. They Grill Nanny Half an Hour.