A federal judge in Colorado, Richard Matsch, has agreed with what we have been saying for a while here at Free-Range Kids: The public sex offender registry is not making kids any safer. At the same time, it is cruel and unconstitutional.

The judge ruled in a case filed by three men on the registry. All have been unable to live normal lives as registrants.Â Remember our story from last week about Adam, the irefznftbd
mentally disabled man on the registry? He lost his part-time job of wiping tables — a job he loved, as well as the chance to participate in the Special Olympics. He also had to move out of his family’s home. Similarly,Â reports the Denver Post:

Each of the plaintiffs in the case sufficiently described instances where they were punished outside of the judicial system, Matsch wrote. Millard, for example, said he â€œsuffered the indignity of being unable to find housingÂ despite hundreds of applications.â€

Another time, he was forced to move because of a TV news story focusing on sex offenders in apartment housing.

â€œOther evidence shows that these experiences are not isolated or unusual and that plaintiffâ€™s experiences, fears and anxieties are not exaggerated or imagined,â€ Matsch wrote….

All this, said the judge, means that it is crazy to pretend that being on the registry is not punishment, although that is what the government has argued all along. It insists that registration is not punishment, it’s just “notifying the public.”

Even that harsh reality might make some sense if it kept kids safer. But the three menâ€™s lawyer, Alison Ruttenberg, argued that there is literally â€œzeroâ€ proof that the registry protects the public. Meantime, added the judge:

â€œThe registry is telling the public â€” DANGER, STAY AWAY. How is the public to react to this warning? What is expected to be the means by which people are to protect themselves and their children?â€

The terrified public freaks out and “generates reactions that are cruel and in disregard of any objective assessment of the individualâ€™s actual proclivity to commit new sex offenses,â€ Matsch wrote.

Focusing our fear on registrants points us in exactly the wrong direction — stranger danger — Â when the vast majority of crimes against kids are committed by someone the family knows.

Now that the registry exists, it may FEEL like we need it. But we don’t. It’s just something we have gotten used to, Â like taking off our shoes to go through airport security. With almost a million people registered, it is now more likely that our kids will end up ON the registry than be molested BY someone on it. That’s a terrifying prospect.

â€œI would characterize this as a landmark case. My goal eventually is to get rid of this sex offender registration altogether, at least as it applies to a public registry that people can pull up on a website,â€ Ruttenberg said Friday. 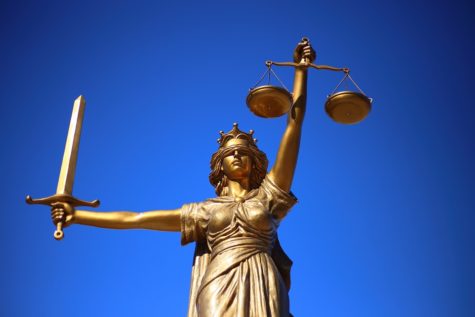 The Sex Offender Registry is terrifying parents and ruining lives, while not making kids any safer.

How Over-involved Can Adults Get at Recess?
Proposed Florida Law: Leave Kid in the Car for 1 Minute, Go to Jail for 60 Days