fatbzzzyai
Here is a piece of Americana to consider. It reads in reverse chronological order. I’ve taken out the names of the people, streets and town because there’s no reason to identify them. Â Rather, let’s give both the mom and kid a lot of credit for coming clean. A hat tip, as well, to the police department, for treating the girl with respect and compassion, and to the calm response by the swim team director.
.
And really, can we blame kids for panicking, when they grow up steeped in “lessons” about stranger danger? When you think about it, the first person to tell an exaggerated story here was not the child, but whoever taught her that “Men in white vans are prowling the streets waiting to grab you.”

Here is an update from the mom of the child who had the interaction withthe white van:

My family owes each and every one of you, and this entire community, a huge apology tonight. There is no creepy man in a white van prowling the streets of our safeÂ community.

My daughter was on her way to swim practice yesterday when awhite van pulled up next to her in the bike lane as she was about to cross_____ Street from the sidewalk. The man in the white van was actually doingmy daughter (and my family) a huge favor — he was concerned that she mightnot be paying close enough attention at the cross-walk, so he stopped hisvan to make sure she made it safely across.

My daughter completelyÂ misinterpreted the situation. Having recently learned about stranger dangerÂ in school, she believed she was being followed and this van was unsafe. SheÂ raced off after it pulled up next to her.

Scared out of her wits, butÂ unsure of herself, she exaggerated the details of the event and the storyÂ took on a life of its own. I believe that she dug a huge hole for herselfÂ that she did not feel comfortable climbing out of until she was told by twoÂ detectives of the Police Department tonight that she would not beÂ in trouble if she admitted that she might have exaggerated her story.

My daughter is preparing apology letters to all of you, to our communityand to the Police Department. She will also be offering to do somecommunity service for the Police Department in an effort to make-up for thetremendous expenditure of resources that occurred on her behalf. Apparentlynearly every white van in our town was pulled over today. I have included theÂ officer and detectives who were involved on this email so they know howÂ truly sorry we are, but more importantly, so we can all THANK them. Theywere prepared to move heaven and earth to find this mystery man. We can allrest assured that we live in one of the safest communities in the countrybecause of the extraordinary work of our local law enforcement.

I am so very sorry for the fear that you all experienced today, and thedifficult conversations that you likely had with your children. I hope youcan find it in your hearts to forgive my daughter and my family for thismisunderstanding. And again, I can’t stress enough how blessed we are tohave our local law enforcement. THANK YOU for everything that you did formy daughter today.

Thanks. A friend of mine also found this informationon the Nextdoor neighborhood social site, which was posted by the mother:On Wednesday afternoon, my daughter was riding her bike from our house inthe ___ neighborhood to the pool in the ___ neighborhood forher swim practice. At approx. 5:10, she was riding on the sidewalk along____, preparing to cross over ____. A white van slowed down and pulled into the bike laneÂ behind her. It then pulled up next to her, rolled down the passenger windowÂ and the older male driver called her by name, then told her that I had beenÂ in a terrible car accident and she needed to get into his van to go to thehospital. She refused, and then the man started to get out of the van.Thankfully, she was on her bike and was able to ride fast and get away. Mydaughter said that there was only one person in the van — a 50-60 year oldwhite man, bald, smoking, no shirt on, with a large red tattoo across hischest that said “Mamas Boy.” She described the van as very dirty, withcloth and orange duct tape over each license plate and a crack in the rightpassenger mirror.The scene sounds like a set up from an after-school movie, to be sure. We(and the police) scrutinized the story, because we understood the alarmthat it might cause. I wanted to be sure that at least the basic factslined up. It appears (at least for now) that the basics are there. Asecurity camera at the corner of ____ and ____ captured videoof a white van circling near ____ during the same exact timeframethat my daughter was there. We understand that the police are taking thisseriously and will likely investigate further.PLEASE keep your eyes out for this vehicle and anyone matching thisdescription in our neighborhood. If you see anything suspicious, pleasecall the police. I have reported this information to the police.On Jun 22, 2017, at 5:49 PM, a woman wrote:Â We received the following safety alert regarding the ____neighborhood nearby. I want to share it with our neighborhood so parentscan talk to their kids and so we can all keep an eye out.*”Good Afternoon ____ Families,**Yesterday afternoon one of our swimmers in the neighborhoodof ____ elementary school was approached by a van on her way toswim practice. Thankfully she responded appropriately, alerted her parentsand the Police Department was notified. The police department’s presence in thearea of ____ can be seen and they are actively investigating thisincident. **While we live in one of the safest cities in the nation, we still need tobe vigilant and informed. Please discuss safety with your children, have aplan (such as a buddy system) in place if your swimmers walk/bike to thepool on their own and discuss “stranger danger.” **The police have notified ____ families through their notificationsystem as well.**Be safe and keep an eye on each other.**Best,*

Lenore here: If you happen to live in the community where this happened, I would ask you not to announce its name or the name of the family involved because I didn’t run the story here to hurt or shame anyone. I ran it to remind us that, in the name of keeping our kids safe our society often pumps them full of fear. Â This isn’t helping anyone — not the Good Samaritans who want to help kids, as we just saw, and not the kids who think all strangers are out to get them. – L. 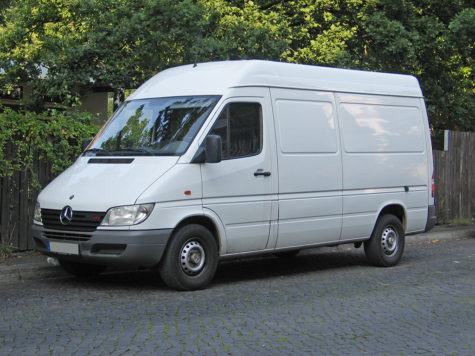 Won’t you be my cautionary tale, little girl?

“Black-ish” on (Black) Men and a Lost Little Girl
“3 Rules I Made My Daughter Swear to Obey at College” — Do Any of Them Make Sense?

55 Responses to Girl Believed What School Taught Her About Stranger Danger, and Created a Panic