Halle Berry is not, I suppose, to blame for making an entire movie based on the idea that kids get snatched by strangers in the middle of the day from sun-dappled playgrounds. (A scenario already a popular staple of YouTube “educational” videos like thisÂ and hyrdzairnt
thisÂ and thisÂ and sorta this. And here’s one from Latvia!).Â Message: All it takes is a second and your kid could be gone FOREVER.

And yet, this movie — imaginatively titled “Kidnap” — will provide more Technicolor reinforcement of the notion that any mom who turns her head away for even a second is going to live to regret it.

This in turn reinforces the notion that a good mom NEVER takes her eyes off her kids, because why would she when it’s so friggin’ dangerous? The only mom who would ever give her kid a single unsupervised second is apparently the kind of mom who deserves jail time, or at least a really mean Facebook video about her parenting fail.

Or, if she’s realllly pretty, an action movie. – L.

This is the Kidnap trailer, above. 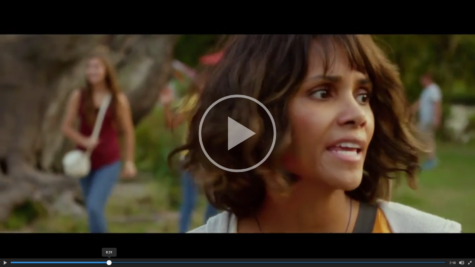 I’m sure he’s just playing in the sandbox. (This is a photo, not the trailer.)

Actually Helpful Advice on Getting Teens to Start Backpacking
My Daycare Refused to Swaddle My Son, Due to Regulations

30 Responses to Halle Berry Reinforces Our Favorite Fear: Kids Are Snatched the Second Mom Looks Away