Hi Folks! This zftfrdrzss
article on tv.msn talks about the trend of using kids in danger — or actually murdered — as the “newest” hook on TV dramas. It lists several of this season’s shows — “The Walking Dead,” “Breaking Bad,” “American Horror Story,” “Dexter” — that feature poisoned, executed and/or potentially eviscerated kids, including baby twins.

I totally agree that these shows are using the ultimate terror as the ultimate hook. But I don’t see this as a spanking new trend. The handful of “Law & Order” episodes I’ve watched over the years involved kids snatched off the street to their doom. And certainly, in the movies, missing or dead children catapult a legion of righteous cops and crazed parents into action.

So I’m asking you, folks: Do you have any thoughts about how long this trend has been mounting? A professor friend I was talking to the other day, Leonard Cassuto, said that the very SIGHT of a dead child had been taboo on TV until recently. I’d love to hear from some of you who watch and digest TV fare: What are the trends on TV dramas right now, vis a vis kids in peril? Thanks for cogitating on this with me. — L. 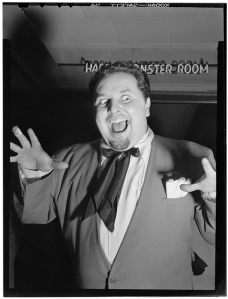 Hello, children! Won't you step into my edgy TV drama?

P.S. And if you need a break from thinking such somber thoughts, you will LOVE this short video.

Free-Range Kid, 11, Attends a Wake…on His Own
Lady Forced to Delete Pix of Kids (Not Hers) with Mall Santa

78 Responses to Help Needed: How New Is TV’s Kids-Getting-Killed Obsession?