Most nyrbyfbtia
fascinating letter of the week (boldface and headings, mine):

Dear Ms. Skenazy:  I am the mother of four young children and a reader of your blog, which was introduced to me about a year ago by several unrelated people. I hope you don’t mind that I have a response to your recent post, “The Cult of Kiddie Danger.”

I agree with your assertion that a component of your alleged “crime” in allowing your son to ride the NYC subway alone (and writing about it) was a sort of apostasy from the state religion of fear and helicopter parenting, but I think there’s something else to it.

Ultimately I think the furor about your parenting approach is that it contains an implicit suggestion (I’ll explain below) that you could live out the rest of your life if one of your children died.

In 2005, a columnist named Ayelet Waldman was similarly criticized when she wrote that her husband was more important to her than her children, because her children would eventually leave her, but (she hoped) her husband wouldn’t. Indeed, she explicitly talks about how she would survive if one or all of her children died. And she was taken to task for it publicly.

Here’s the reason for my proposed analysis: Whether we are good at math or not, we use an “expected value” calculation to decide whether to perform an activity or not. For each potential outcome, we multiply the “value” of that outcome to us (from negative infinity to positive infinity) by the probability that that outcome occurs. Then we add each of those results together. If the sum is greater than zero, we would be rational to perform that activity. If the sum is less than zero, we would be rational not to perform the activity.

When I discuss allowing my kids to go to the park alone when they’re a little older, friends and acquaintances say to me: “If something happened to my child, I couldn’t live with myself.” They mean that they literally couldn’t live. (Whether that’s true is another matter, but that’s what they mean.) They mean that the “value” to them of a dead child is negative infinity of the units that we use to measure value. Since it’s the worst possible value, it would necessarily be the same value if all of their children died, if their children and their spouse died at the same time, or if the universe imploded. It is the worst possible outcome. Game over.

To gloss over the math a bit here, what I’m saying is this: When the only infinite part of this calculation is the value of a child’s death (and it is), that part becomes the only part that matters. It doesn’t matter how unlikely a child’s death is or how many other benefits there are of going to the park (fun, increased independence, what have you). The infinitely negative value of the death overwhelms the rest of the calculation, and no rational actor could send a child to the park because the expected value is negative and infinite.

The only way for a rational actor to allow her child to play alone at the park is if the “value” of the death is terribly negative but finite. Only then can we multiply by the tiny chance of something bad happening and still come to the conclusion that it’s rational to send the child to a park alone within appropriate constraints.

What anyone who sends her kids alone to the park (or to do anything remotely risky) is saying is this: if something bad happened to one of my children, our lives would be tragically altered forever, but we would find a way to go on. We could “live with ourselves.”

And I think this statement is what people find offensive and nearly criminal. They want to believe that if something happened to their children, they could not go on. And they want you to believe that, too. They find any other position offensive to the point of criminality. I think that’s the problem. 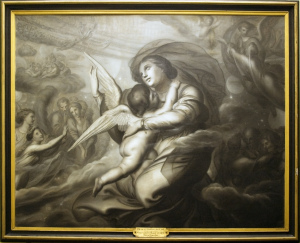 Crime Down, Fear Up
CNN Deciding What To Scare Viewers About Next: The Onion

46 Responses to “If Something Happened to My Child, I Couldn’t Live with Myself” — Unpacking That Statement