It is a quirk of our era that we don’t seem able to do anything — fill in a crossword puzzle, drink a glass of water, butter a roll — without having some expert reason for doing so.  It’s good for the brain! The immune system! Epigenetics! Hand-eye coordination! Kidney function! Marital bliss!

This is irksome, because it means that we keep expecting and ingesting all sorts of silly studies, as if the unproven life is not worth living.

It is with that caveat that I present to you Part Two of the “Why dhrieraktk
Aren’t Kids Playing Outside on Their Own?” poster: The Benefits of Free Play, by Caileigh Flannigan at Fix.com. She’s completely right and delightfully succinct.

Of course, these benefits should go without saying. But since the DANGERS of free play keep getting exaggerated in the press, the precinct house and on TV’s procedurals, we have to fight back with child development factoids of our own.

Play fight, that is. So thank you, Caileigh and readers: Use these to defend against the, “Why risk it???” crowd! – L. 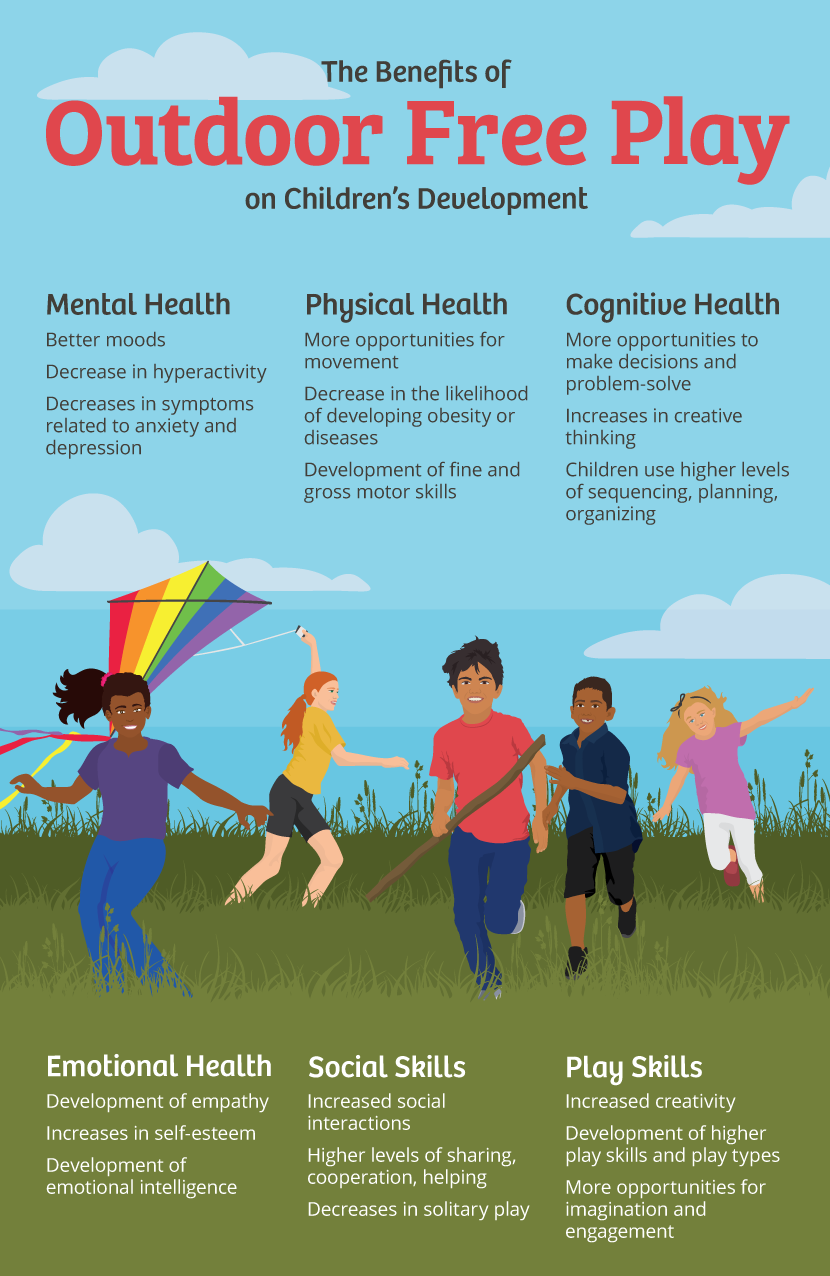 All Hail Pearls Before Swine and Stephan Pastis!
The Modern American Brag: “My Kids Were About to be Trafficked, Too!”

22 Responses to “It’s Too Dangerous For Kids to Play Outside!” — How to Fight Back