This arzzytrzsb
story, from KHOUÂ in Houston, is getting tons of attention and I think that will prevent the mom from losing her hard-fought new job! What’s great is that the whole country seems to have woken up to the idea that “unsupervised for a short time” does NOT equal, “In such terrible danger that only an awful parent would ever let this happen.” (See the Federal legislation from Thursday!)

HOUSTON â€“ A mother charged with abandoning her children at a Houston mall said she had just moved to Houston with her young son and daughter.

Laura Browder said she had her 6-year-old daughter and 2-year-old son with her at Memorial City Mall for a job interview because she didn’t have enough time to line up child care. Browder sat her children down inside the food court near a McDonald’s and went to her interview, she said. The interview wasn’t for a job at the mall, but the food court was a meeting ground for each party.

Browder said she wasn’t more than 30 feet away from her children at any point and they were always in her line of sight. After Browder returned to her children, a police officer was on scene and arrested her.

The arrest came moments after Browder had accepted a job. She said she’s unsure how her arrest that day will affect her opportunity with that job.

CPS officials said they’re still in the early stages of their investigation, but added they could offer services to help Browder find suitable daycare. 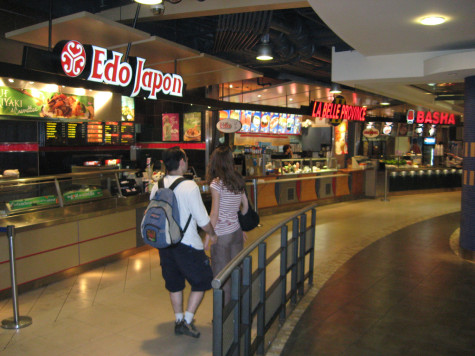 It’s just possible that a child survive at a food court for a short time.

U.S. SENATE PASSES FIRST EVER FREE-RANGE KIDS LEGISLATION, THANKS TO CLAUSE ADDED BY SEN. MIKE LEE
Is It Okay to Free-Range While Privately Freaking Out?