July 8, 2013
Dear aeftrrfnye
Readers: To this note from a local school I would add, “And parents, please consider a lobotomy for your children so they are not inclined to move or talk much. This will make the bus stop a safe experience for all!” – L.
.
Dear Free-Range Kids:Â While I sometimes disagree with you quite strongly, I also find your ideas very helpful in shaking up my parenting, and you have prompted me to reflect, “Am I being overprotective/over-controlling/ridiculous?” before making decisions about my kids’ activities.

So when I saw this bus safety handout (below), I thought of you immediately. Yes, there is a lot of good information about bus safety in this document, but the prominent admonition not to play or make noise at the bus stop leaped out at me and made me snort! We’re lucky enough to have a bus stop right in front of our house, and I can testify that expecting children not to play and make noise while waiting for the bus is the height of idiocy.

Thanks for challenging me (and the rest of us potential helicopter parents) to parent a little more thoughtfully. 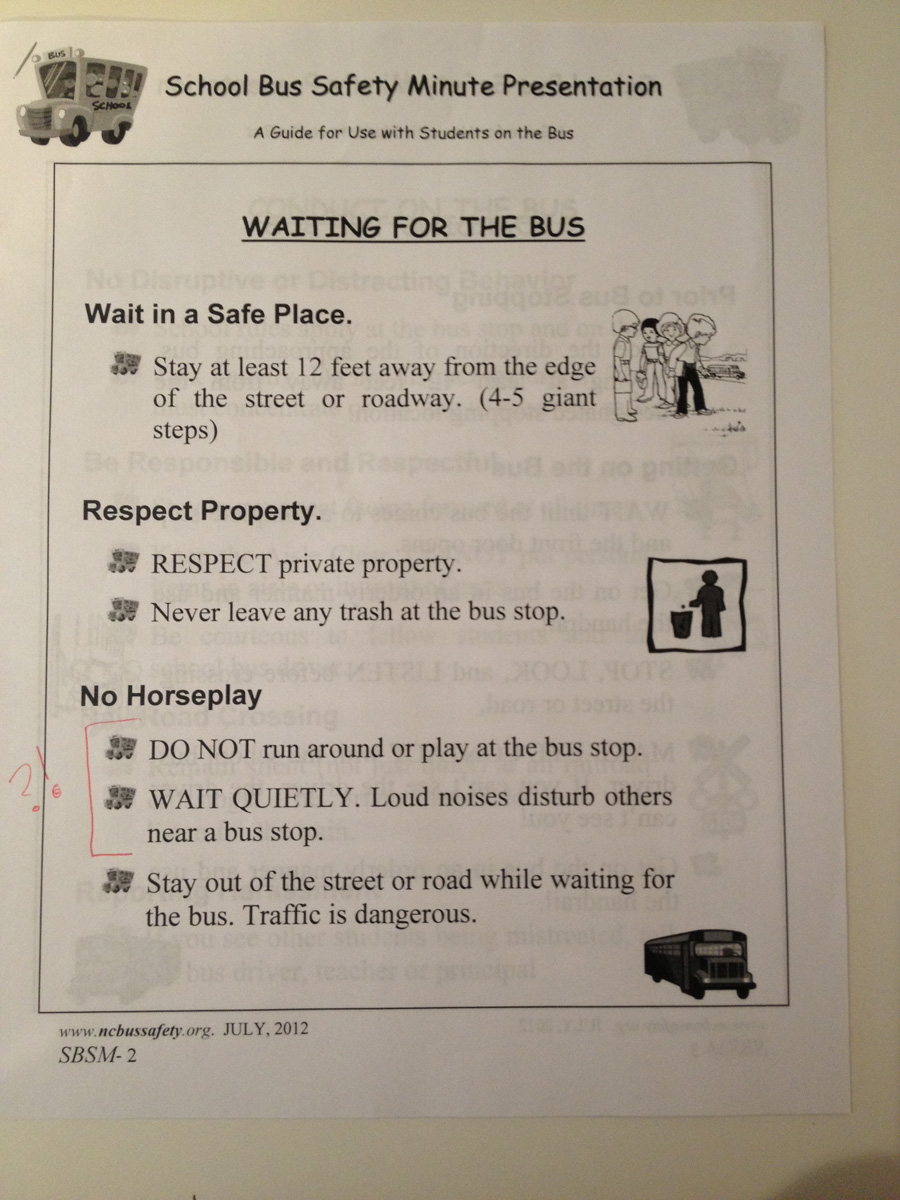 142 Responses to “Parents: Your Children Should be Quiet at the Bus Stop”