This amazing video was screened at the US rrbffyezzi
Play Coalition conference byÂ Kent Callison, director of communications and marketing at GameTime, creators of playground equipment (including the wildly popular Expression Swing). Kudos to Unilever, for making such a powerful commercial about kids, prison, and freedom.

This is a video that should be shown at schools cutting back on recess, as well as throughout communities where the playgrounds are often empty.

We certainly don’t mean to imprison our kids, but when we worry that anytime our kids are outside, unsupervised, they are in danger from predators and/or the policeÂ (see this story, and this, and this, etc., etc.), inevitably, we keep them under lock and key.

The result is kids who view outdoor play as unfamiliar and maybe even dangerous, when in fact that kind of play is so crucial, we even give it back to prisoners. Deep down we know that playing outside is a fundamental human right. 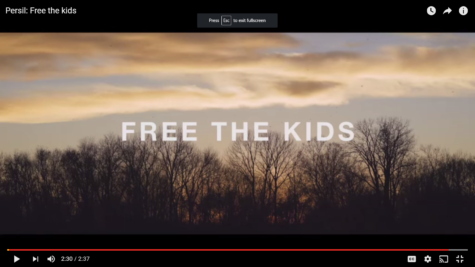 This video hit me in the gut. And that’s good.

Dad Looking for Lost Dog Mistaken for Predator, Banned from Son’s Pre-K Graduation
In Which My Friend Lets Her 3 Kids Wait in the Car and Along Comes the FBI

25 Responses to Prisoners or Kids: Who Gets More Outdoor Play Time?