Without it, I’d be left rolling my eyes so far up, you’d look at me and run because, like, where are my pupils?

But thanks to Snopes, the will-not-die Facebook post below is at least getting the fact-finding it deserves. For instance, that cute girl we must presume was kidnapped and never seen again? According to Snopes:

Facebook commenters correctly identified the photograph’s origin on a page about children’s hairstyles.

The scenario presented is one that is exceedingly unlikely. Among other implausibilities, this warning makes it sound as though the bad guys are stymied in their search for victims and don’t know where to look for kids to abduct until they see pictures of them on Facebook

But perhaps it is time to show you the actual Facebook post that a reader sent in because it sounded so unlikely…to her. But not the world of worriers. So far it has been shared 45,000+ times:

The new environment of social media and the associated liking, commenting, and friending may seem very routine nowadays even though it has burst onto the scene in just recent years.

Because of this sudden burst, we really haven’t taken the time to study the effects of this new environment we live in.

The following story could be a very likely scenario which will allow us to study the harsh disservices social media has.

One day you receive a friend request, as you often do every week or so. It’s a nice looking man who you don’t seem to recognize, but who knows, maybe you’ve met him before. You accept.

Later that day you decide to post photos of your little 6-year-old girls birthday party, and you tag all of her friends through their parents.

“Great birthday fun at McKinley park, Missy looks forward to thanking all you kids for the gifts you gave her at Jefferson elementary tomorrow morning!”

Meanwhile the guy you friended earlier receives your post and sends out a mass email to his associates, and would be customers:

You’ve essentially just given a trafficker and his customers multiple pickings not to mention the school they attend and the park which they frequent.

Read the rest here — if you can stand it. And note how the fear is not just that  your child will be kidnapped, but that it will be YOUR fault and YOU WILL REGRET IT THE REST OF YOUR LIFE.

This is exactly why parents are so afraid: We are told not just that there’s random danger out there, but that a parent who does anything other than obsess about every possible way their kid could die (no matter how unlikely) will pay for their rational optimism with ceaseless remorse. The only way to avoid never-ending anguish is to ask yourself before doing ANYTHING: Is there some way, somehow that this could, in the very very worst case scenario, hurt my child?

From there it’s just a baby step to the Centers for Disease Control’s pronouncement a week or two ago that no woman of childbearing age should drink so much as  a drop of alcohol unless she is on birth control — because what if she had a glass of wine before she knew she was pregnant? All bets are off! The CDC is saying the same thing as this Facebook post: Don’t take even the most microscopic of chances or YOU WILL REGRET IT FOR THE REST OF YOUR LIFE.

Fear and regret go hand in hand in driving parents crazy. And even the non-crazy ones have to worry about everyone else judging them. Or sending along “helpful” Facebook posts. – L 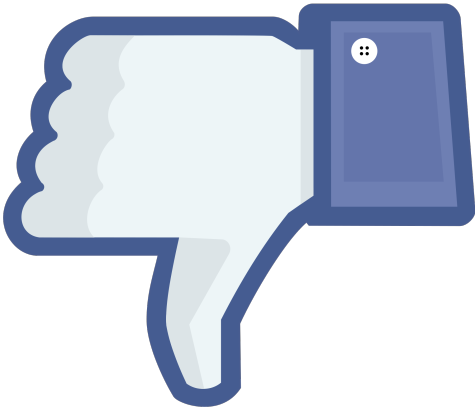 Remember: Whatever you do on social media, you are dooming your child to sex traffickers.