Readers hhrdnetabz
— This just in.Â Literally, this is the whole story, by reporter Carol Robinson. Bigger point? See post below this one: “If You See Something, Say Something.” That poster should come with an asterisk: *WE DON’T LITERALLY MEAN THAT WHEN YOU SEE ANYTHING YOU SHOULD SAY SOMETHING! – L.Â

PLEASANT GROVE, Alabama – Pleasant Grove Middle School was evacuated a short time ago and school is being dismissed for the day after a teacher found a suspicious drink bottle in her classroom.

Police received the call about 1 p.m., said Sgt. Danny Reid. The drink bottle is aluminum and has “U.S. Army,” imprinted on it. Nobody has claimed the bottle, and the teacher was concerned because it’s not supposed to be there.

Students were evacuated and school officials are notifying parents to pick up their children. Reid said a bomb squad has been dispatched to the school.

UPDATE: Apparently there was also a writtenÂ  bomb threat. So that makes this teacher seem a lot more reasonable! – L.Â 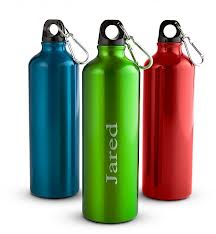 “If You See Something, Say Something” — Terrible Advice?
Getting It All Wrong about Online Predators