Hi Folks! Here’s a hint Â that the tide is turning! In Singapore, excess tutoring, helicoptering and micro-managing has long been the name of the game, Â says this ersdbbeasy
article in The Economist:

Imagine, then, the surprise when the prime minister, Lee Hsien Loong, launched an attack on tiger mothers in a speech in late August to mark Singaporeâ€™s national day. Most of his remarks celebrated Singaporeâ€™s success, as usual. But then he berated parents for coaching their three- or four-year-old children to give them that extra edge over the five-year-old competition. And he added: â€œPlease let your children have their childhoodâ€¦Instead of growing up balanced and happy, he grows up narrow and neurotic. No homework is not a bad thing. Itâ€™s good for young children to play, and to learn through play.â€

PLAY? The open-ended, non-goal-oriented, plain-old-fun thing that most kids love to do, given half a chance? THAT’S enriching? Gollllly! It’s as if we need to take our children to the park and leave them there! Or give them an afternoon a week outside with no agenda, class or coach! But how on earth can you convince helicopter parents that this kind of “time wasting” is worthwhile? Well:

For many parents, to follow the prime ministerâ€™s indulgent instincts would be to jeopardise the little prodigyâ€™s future. But the anxiety behind the comments is that hard-studying Singaporeans lack creativity and an ability to think laterally. This is now seen as a competitive disadvantage in what are often called â€œknowledge economiesâ€, where innovation and inventiveness are at a premium. Are the tiger mothers, Mr Lee seems to be wondering, now putting Singaporeâ€™s future prosperity at risk?

Yes, that’s the new argument for Free-Range Kids. Children who are micro-managed do not get the chance to think for themselves. Free-Range Kids do — and their future is as bright as Singapore’s skyline. – L 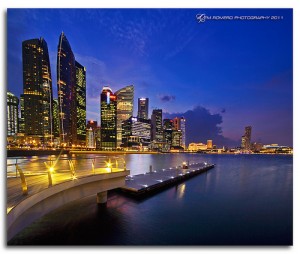 Is the secret to future economic success more freedom in childhood?

i won't supervise your kids, Take Our Children to the Park

Background Checks for School Volunteers: Helpful or The Opposite?
Harry Potter and the The Emotional Health Issue