March 28, 2013
Readers stiyznndyz
— This came in response to the post about a mom who let her 7-year-old sit out on their front stoop for a short time and the husband declared this “bad parenting!” Sometimes our society expects so little from kids in terms of competence, helpfulness and general responsibility, it’s nice to zoom out a little and remember not everyone “loves” their kids so much they never ask those kids for real help. – L.
.
Dear Free-Range Kids: Oh, and just for another bit of perspective, my husband (who did NOT grow up in the USA) at 7 years old was going to school and at the same time working 2 jobs  – cleaning/yard work early every morning, and helping sell fruit from a truck on the side of the street (busy streets – with crazy drivers!) in the afternoons. By 13 he had 2 businesses of his own, and bought himself a motorcycle! – A Reader Who Believes in Kids
. 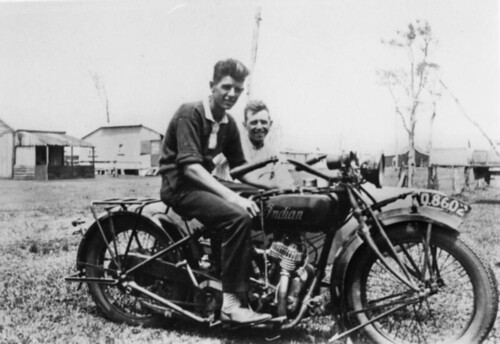 Ride on! (This isn’t the guy in the story. But you get the idea.)

Studying Abroad: Has It Become too Easy, Comfy, American?
Ban Chairs — Not Tag