Hi Readers! It’s been a quarter century since the Challenger blew up. Below is part of an tatfityefh
interview by the Houston Chronicle’s “Science Guy,” Eric Berger, with Gerald Griffin, who led three lunar landings, was “pivotal” in the Apollo 13 recovery and left his job as director of the Johnson Space Center just a few weeks before the Challenger disaster.

I excerpt it here because I think Griffin’s right: Our attitude toward risk has changed dramatically over the last 25 years, and with it, our acceptance of ANY risk when it comes to raising kids. I am no fan of needless risk, or courting danger. But I do believe that trying to create an entirely risk-free world is not only a fool’s errand, it is stultifying to the human spirit — especially when it’s young and formative. – L

ERIC BERGER: It strikes me that after the Columbia accident there was a fairly expansive debate on whether we should continue the shuttle, and whether we needed to be sending humans into space at all. Did that kind of debate go on after Challenger?

GERALD GRIFFIN: I can almost put those in a plot, or a graph, if you will. Back in the Apollo era when the fire occurred, and three people died on the pad, to my knowledge there was no one who said we should end our attempt to get to the moon. It didn’t come up in the government and it didn’t come up in the public. We got up and started swinging. The same thing happened on Apollo 13, when we almost lost three guys in space. Again there was no mention of stopping.

In ’86 the country had changed somewhat, there were more questions about spaceflight and we had big time trouble with budgets by then. It took us longer to get the shuttle flying than we hoped, and there was a little more questioning about what we were doing, and why we were doing it from Congress and the public. But again, underlying that was this strong desire to keep going and push the frontier.

If the Challenger accident occurred today, I’m not sure our space program would survive. Our country has become very risk adverse. Not as willing to push the frontier of space or anything else for that matter. [ITALICS MINE — LENORE] It’s just a more risk-averse society. I’m not complaining, it’s just a fact. It’s just happened between litigation and everything else. It has become a different world. Today the Challenger accident probably would have been a showstopper. Now that the shuttle is coming to an end of course it’s not the same story because we’re trying to get to the end of this program. 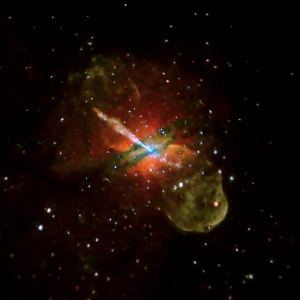 Two Boys Save a Third
The Boom in Baby Snatching (Hysteria)

26 Responses to The Challenger and Risk, 25 Years Later