A mom from Australia writes:

Dear nsaziznyyy
Lenore: I had your Free Range Kids book lying around and home and my daughter starting reading it. Now, she is a huge devotee of the FRK movement, and she is doing a school project on it!
.
Her favourite free-range things to do are going the park by herself, and going shopping by herself. Both the park and the shops are a short walk from our house, but do involve her taking her own pocket money and spending it, and crossing the road by herself.
.
She really wants me to send you a photo of her eating unwrapped lollies at Halloween, which I have promised she can do (if we ever found anyone handing out unwrapped lollies!) later in the year.

So I wrote a little note back to her and her daughter, and then the girl wrote me back herself:

Hi Lenore!
.
OMG I have a million things to tell you!!!!!! I looked up this Halloween safety website and one of the tips was “Avoid masks because they can prevent breathing.” What???????????????????? And I read this safety book once and everybody was a dinosaur. That didn’t bother me. The bit that bothered me was the note to parents! I don’t remember everything in the note, but I do remember the first sentence: “Children are becoming an endangered species.” They. Are. NOT!!!!!!
.
And I told one of my teachers that when you tell kids not to talk to strangers, you’re effectively removing hundreds of good people in the area who could be helping them (like you said in your book!) and she said “Yes, but we’re also removing hundreds of bad people in the area.” Uhh… wait a sec. She said “yes.” And “also.” And there are not hundreds of bad people in the area!!!!!!!
.
And once a policeman came to my school- I don’t know how they picked that guy! He told us to come up with a list of “safe people.” Then he said that we had to be with those people all the time! And I was taken out when I objected!!!! —
.
Your fan.
.
PS I put a poster up for a Free-Range meeting at lunch organised by me and no one showed up😭!!!!!!!

Maybe it is time to ask our kids what they KNOW they are missing when society’s time constraints, social norms, city planning and safety rules conspire not to let them play outside, run an errand or take the bus.
.
The Free-Range Kids Project does that. It’s a school project — free, fast, fun — whereby teachers tell the kids to go home and ask their parents if they can do ONE THING that they feel ready to do that, for one reason or another, they haven’t done yet: walk the dog, make dinner, get themselves to school.
.
If you’re a teacher, principal or superintendent who’d like to consider the project, please drop me a note at [email protected] . Happy to support you in any way I can. And meantime, remember: Crime today is no higher than when we were young. Let’s not deprive our kids of the part of childhood most of us remember as the best. – L 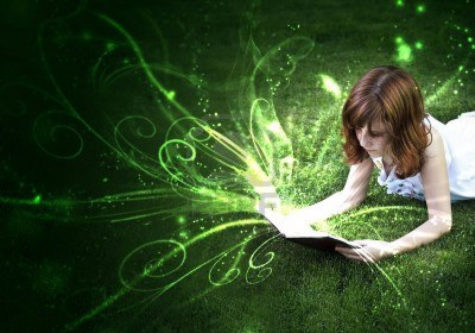 I read that in the olden days kids got to play outside and go to the store! It’s like Harry Potter!

Globe and Mail Tells Government to Back Off and Let Parents Free-Range!
Why Her Son, 11, Was Developing a Foot Problem

20 Responses to What Happens When a 10-Year-Old Reads Her Mom’s Copy of Free-Range Kids?