A reader in the U.K, Hazel, sends us this ntfdkhyhyn
strange story of a 14-year-old girl who went to retrieve her backpack, which a friend had hung on the school fence as some sort of minor joke. But then, reports The Mirror:

Ugh. The ambulance came but it was too late to save the finger. (Yes, her middle one.)

But what prompted Hazel to send the story was that the girl’s mom, Zoe,

is now calling on all schools to carry out renewed safety checks to make sure that such a freak accident cannot happen again.

The admin assistant said: “I hope that this incident makes the school and other schools carry out checks to make sure there aren’t any hazards like this.

“The tree stump was over two feet high and shouldn’t have been placed next to the fence”.

Um…first of all, most stumps are not placed anywhere. They’re rooted, literally, to the ground. But even if it had been rolled there from miles away, even if the school administrators had whittled toe holds into the stump, Â even if they had built a primrose path leading directly to the stump with signs pointing, “This way, kids!” and, “You’re getting closer!” how is a stump a danger?

Just because something goes freakishly wrong once doesn’t mean we have to reconsider everything leading up to that accident, including — especially — everyday, normal life. (Then again, it would give vastly new meaning to politicians’ “Stump speeches.”)

Anyway; To work backwards from one sad, shocking story is exactly what the Supreme Court of Maryland just ruled against, thank goodness. That was the case of a mom Â who left her daughter, 14, in charge of her 3-year-old brother. The daughter was asleep in the middle of the night when the tot somehow climbed out of bed, out of the house, and onto a 6-lane highway. For this, the mom was originally found guilty of neglect.

The state’s Supreme Court reversed that decision because, as David Pimentel, author of Criminal Child Neglect and the Free-Range Kid: Is Overprotective Parenting the New Standard of Care?, wrote:

Despite the juryâ€™s hindsight-aided view of the case, the fact that the child ended up in serious danger did not make the otherwise reasonable decision to leave the child in the care of his 14-year-old sister a criminal act.

Using hindsight is fine if it gives us new insights into a real problem. But hindsight is ridiculous if it finds a “culprit” that is extremely unlikely to cause the same fate again in the very same circumstances. In those cases, we have found not a smoking gun, but an excuse to sue.

Let’s not confuse the two. – L 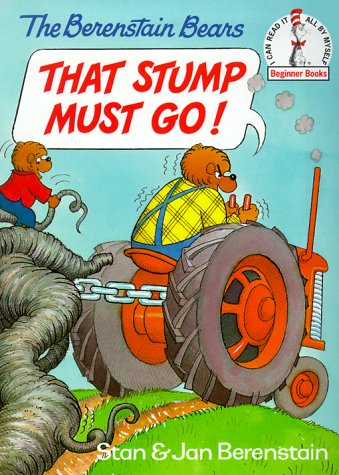 Maybe the mom could call Papa Bearenstain as an expert witness!Â

What is the Most Common Age of a Sex Offender? (Surprise!)
To Sign Out My Tweens I Must Show a Sticker That Matches Theirs

45 Responses to “Why Did The School Have a Stump So Near The Fence?” Our Knee-Jerk Impulse to Blame