Nineteen year old  Zach Anderson’s case btyfaindkk
made headlines across America after he was sentenced to 25 years as a sex offender for sleeping with a girl who said she was 17, but turned out to be 14.

He was also given 90 days in jail, and forbidden to use a cell phone, or computer, or live anywhere near where children congregate. This included his family’s home, as it is near one of those big-time child magnets: a dock. But thanks to dogged protesting on the part of his parents, and the reporting of the Elkhart Truth’s Tim Vandenack, who brought the story to public attention (including mine and, eventually, the New York Times‘), Zach’s lawyer Scott Grabel had the wind at his back when he argued for re-sentencing with another judge.  That judge has now ruled and, as Zach’s dad, Les, wrote to us this evening:

Dear Lenore: First and Foremost Zach is no longer a convicted sex offender.  He was given 2 years’ probation today and assigned to the Holmes Youthful Training Status [an Indiana program that wipes the slate clean for young “offenders” if they comply with sentencing conditions]. We are so happy with today’s outcome. Zach now has hope for his future. Thank you to everyone who has supported and helped along the way. We hope Indiana follows suit and removes him from the sex offender registry for good.  At this point we may have to go to court in Indiana to get his name off the registry.   Thank you God.

This is thrilling, but it isn’t enough. Of course Zach should not be on a sex offender registry. He did not prey upon anyone. The girl and her mother both begged the judge not to find Zach guilty of anything.

Secondly, what of the other 19-year-old, Darian Yoder, who went before the same original judge, Dennis Wiley, and was given the same sentence as Zach for the same crime: Sex with a girl he thought was 17? What becomes of his fate, without  national news attention focused on him?

Thirdly, how can we have a law that is so amorphous it can decimate a young man’s life under one judge, but declare him a redeemable youth under another? This is not the law of the land, it is the whim of one judge — or prosecutor. And it is far too easy to use a cudgel.

But of course it is a tale worthy of Aesop that the judge who planned to ruin the life of a young man turns out to have ruined his own life instead. Forever more, Americans will know Berrien County’s Judge Wiley as the man who was ready to force a 19 year old to live a quarter century reviled as a predator merely for having consensual sex with a girl he thought was his age.

Now it is the judge who will be seen as a predator ready to pounce on young men. Who can forget his statement in sentencing Zach?

“You went online, to use a fisherman’s expression, trolling for women, to meet and have sex with,” scolded Wiley. “That seems to be part of our culture now. Meet, hook up, have sex, sayonara. Totally inappropriate behavior. There is no excuse for this.”

Actually, there was an excuse. The girl lied.

What there is no excuse for is ruining someone’s life just because you find their actions distasteful or unchivalrous. – L. 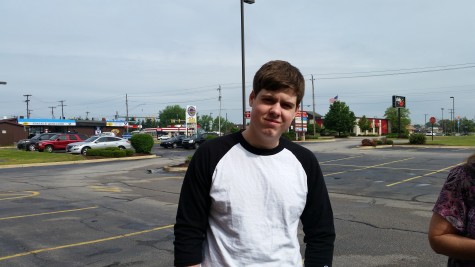 Zach Anderson, after his resurrection. Er, re-sentencing. Photo by his dad, Les.

81 Responses to Zach Anderson, 19, Gets Lighter Sentence for Sex with Girl He Thought Was 17