For a while, our cousins across the pond had a hard time distinguishing between the truly risky and and the truly ridiculous. Recall that in Britain last year, a bdbyezsbhd
school told a blind girl to stop using her cane, because it posed a tripping hazard to the other kids.

But now at last, as it had to, the pendulum is finally swinging back. (Duck!) Quoth The Telegraph:

Coping with risk and danger is crucial to a childâ€™s education and should become a key part of the school curriculum, the chairwoman of the Health and Safety Executive has said.

Dame Judith Hackitt, who has chaired the organisation for more than eight years, said children were suffering under an â€œexcessively risk-averseâ€ culture in schools, which was stifling their readiness for the real world.

She criticised the growing health and safety culture in schools, which she described as â€œnonsensicalâ€, adding that children should be encouraged to climb trees and play games where there might be a risk of injury.

Hackitt made the comments during a speech to the Royal Academy of Engineering, in which she called on schools to put an end to top-down â€œbureaucraticâ€ behaviour.

Hooray for Hackitt, who went on to say that if Britain wants to raise a generation of smart, self-reliant adults, it can’t keep dumbing down its kids by never letting them learn how to roll with some punches:

â€œWe have reached a point where people expect to be looked after. We need to look out for ourselves and take responsibility for risk, not leave it to others.â€

Coming, as this does, from the very agency that made Brits believe that almost everything was too dangerous for kids, this is an even more welcome turn. Then again, by the time you’re outlawing frilly socks, it’s hard to hold your head very high — or your lip very stiff. – L 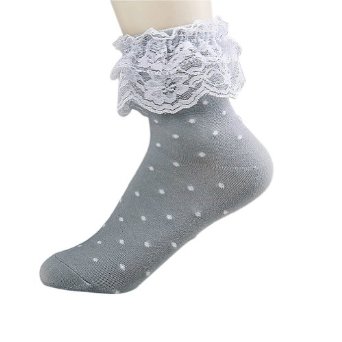 Too scary for Britain? Perhaps not anymore! Â (Photo from Amazon: http://amzn.to/1ShXTj7)

Really, Girl Scouts? Even H.S. Seniors Need Adult to Supervise Their Cookie Selling?
Another Shocking Fact or Two About the TSA (and Security Kabuki in General)