Folks — Here’s a story that manages to encapsulate exactly why “stranger danger” is such a stupid — no, HARMFUL —  concept to preach. On Saturday afternoon, a little girl named Jackie was reported missing in a state park in Rhode Island.  As sftfbbzfyt
The Westerly Sun reported:

At 3:50 p.m., Charlestown police received a report of a child missing at the 3,100-acre campground. The child, a 7-year-old girl from Connecticut named Jackie with shoulder-length blonde hair, had been last seen wearing a tie-dyed bathing suit and pink Croc clogs, riding her bicycle. The bike was found on the park’s yellow-dot trail near the 700 section of the 730-site campground, but not Jackie.

Initially, a report of a suspicious vehicle spotted earlier in the day at the Charlestown Breachway — a 1996 green Subaru station wagon with a bike rack, with Vermont license plates, driven by a man with dark hair and a mustache — was linked to the case.

Okay, so now we have a missing girl and a man with a mustache. Think the worst! The state police arrive and a massive search party is organized, including soldiers, fire fighters and a K-9 unit. They fan out, even checking car trunks.  But the police tell private citizens NOT to join in the search, for fear they’d get lost, too. (Does it sometimes seem like we bend over backwards NOT to create a cohesive, helpful society?)

Anyway, a mom named Lisa Blair and her much older daughters defy the order and go yelling the little girl’s name. And the girl yells back, “Mommy and Daddy!” Blair has the girl keep yelling, so she can locate her in the dense woods. And she does! Case solved! As it might have been much earlier, except —

Blair said that Jackie told her she had heard men yelling for her earlier, but was scared to approach them. When she heard the women calling out her name, she yelled back.

As it turns out, the girl was lost, not abducted. So…considering that child abductions by strangers are very rare. Considering that we WANT our kids to have the biggest safety net possible. And considering that most people are NOT predators, doesn’t it make sense to teach your children TO talk to strangers? After all, if your children are ever in danger you WANT them to be able to ask for help from the nearest person, and you want them to accept help! Teach them to distrust all strangers, or at least all MALE strangers, and you have cut off almost all the help they could possibly get.

Which inevitably calls to mind the Utah Boy Scout, Brennan Hawkins, who was lost in the mountains for far longer than Jackie: for four days.  People Magazine interviewed his mom after the ordeal and she said:

Brennan told us he thought that he was going to die three times, and he said a prayer asking God for directions. His biggest fear was being abducted, so when he spotted rescuers on horseback, he stayed hidden. 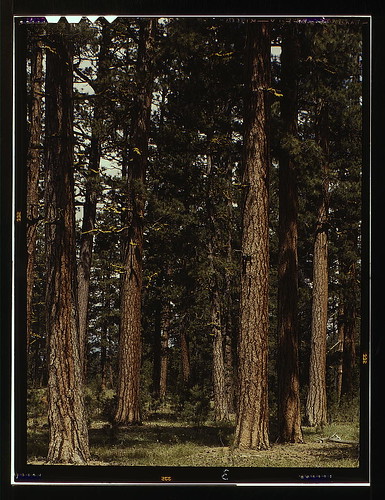 The woods are lovely, dark and deep/ But not everyone in there is a creep.

These Moms Created a Neighborhood Camp (And So Can You!)
Drowning in Self-Esteem: A Pool Story