This comment came in response to ztzetndafd
the post by Mean Girls’ author Rosalind Wiseman about whether or not to spy on a child’s online activity:

There are so many monitoring apps out there, and the aim of using them is to keep loved ones safe. I donâ€™t think it is too controlling of me or any parent to use monitoring apps (e.g. xnspy) to track a childâ€™s GPS location history to make sure that he/she is safe. I am no authority on the subject of parental care, but I feel that it is important to let them know that we are watching them only to keep them safe and to guide them to learn to respect the concept of privacy as they grow into adults.

Wow. It is mind-blowing that the writer believes that kids will learn to respect the concept of privacy while getting the opposite from their parents. And it is equally troubling that the writer thinks that tracking a child’s location somehow magically keeps the kid safe. It’s hard to remember, I guess, that the phone is not a force field.

My fear is that because it is so easy and normal to track everything from a lost iPhone to a FedEx package, it will someday become illegal NOT to track our kids. After all, we can do it, it’s Â easy to do it, and many others are doing it. So why would we “expose” our kids to the dangers of being off our radar when it’s so easy to keep them under constant supervision?

Believe it or not, I think this directly relates to punishing the parents who let their kids wait in the car a few minutes. (Then again, I am a little obsessed). Anyway, their crime is clearly NOT that they put their kids in danger or we would also arrest the parents who drove their kids (which puts them in danger) or took them out of the car to walk across the parking lot (which also puts them in danger). The real, unstated crime is PARENTS TAKING THEIR EYES OFF THEIR KIDS, EVEN FOR A BRIEF MOMENT. Parents are off the hook if something tragic happens while they’re with or watching their kids. But they are already considered guilty of negligence the second they aren’t.

So I do fear that constant child supervision, in person or electronically, will soon be the norm, and then perhaps the law. And it will be sentiments like that comment writer’s — “IÂ  donâ€™t think it is too controlling of me to track a child to make sure that he/she is safe” that will convince politicians to pile on.- L (who hopes she is being more dystopian than called for!) 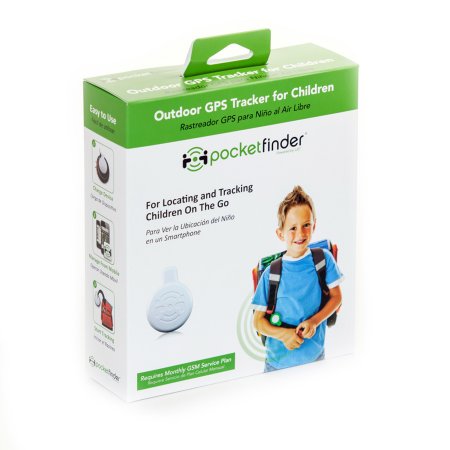 Now imagine if you’d had to wear one of these when YOU were a kid.