March 18, 2016
.
Congratulations, zttsfiifiz
Rhode Island! Looks like you are about to become the proud parents of every child in the state, pushing aside those stupid “real” parents, because you know so much more about how to raise their kids than they do!
According to this AP article by Matt O’Brien:

State lawmakers are debating a bill that would punish parents for leaving a child younger than 7 alone in a car. They’ve also proposed legislation to ban kids under 10 from being home alone and older kids from being home alone at night. Legislation could even extend to private preschools, where a bill would ban outdoor recess when the temperature drops below freezing.

What’s wonderful is that any time parents are not exactly perfect under these proposed laws — say, for instance, they expected to take just five minutes buying the Ibuprofen while their kid waited in the car, but got stuck behind a lady who couldn’t find her coupons —  they could be fined $1,000. That’ll certainly make the family safer, siphoning off their savings.
And say a set of parents had hoped to let their 9 year old start coming home from school  on his own. Well now the state would get to teach those parents: No latchkey kids. It doesn’t matter that the parents believe their son can handle it.

Sen. William Walaska, the Warwick Democrat who introduced “home-alone” age restrictions [said]: “Imagine they open up a cupboard and there’s some chemicals in there.”

Naturally, if you can imagine something terrible happening to a child, it’s reason enough to ban any otherwise normal activity.
Like playing outside the cold! At last, our precious children, from pre-k through elementary school, will be safe from outdoor recess during the long winter months. When the mercury dips below 32, it’s forbidden. The kids can rest inside quietly, like invalids.
Reporter O’Brien does note that there has been some pushback on all of this. For instance, Pascal Dubuc, 9, showed up at the State Senate earlier this year to testify, “I feel responsible to stay home by myself.” What’s more —

Helping to spread the parental outrage and mobilize opposition was [yours truly Lenore] Skenazy, who has repeatedly ridiculed Rhode Island lawmakers.
“These laws are preposterous,” she wrote in her blog. “They assume it is the government’s job to dictate family life. They criminalize maturity in children and common sense in parents, and turn mundane decisions — like running out to do an errand — into legal minefields.”
State health officials also weighed in, saying it would lead to a surge of unwanted calls to the child welfare hotline for situations that aren’t a safety risk.

Ah, but this is a state legislature that can’t imagine a child ever NOT at risk. Remember two year ago it floated the idea of not allowing kids to get off the school bus unless an adult was waiting there to walk them home — till 7th grade. Ultimately, this bill died.
.
But the state did recently pass a law to make sex offenders who live within 300 feet of a school move 700 feet further away, even if they have lived in the same home for decades without incident. Exactly who thinks this sudden change is crucial? The Providence Journal reported:

Whether the legislators proposing and passing these laws are only posturing, or actually do believe that local children are suddenly and constantly beset by danger at home, in cars, and at school, Rhode Island is quickly earning a name for itself as the state that loves punishing decent parents and crippling independent kids. – L. 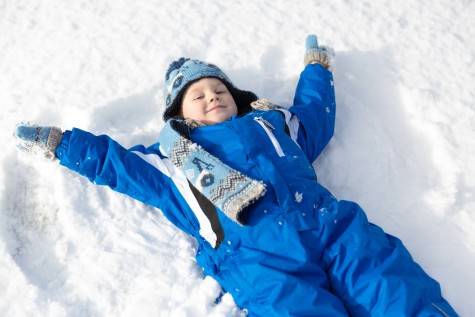 53 Responses to Rhode Island Out to Criminalize Latchkey Kids, Recess When It’s Cold, and More