As we ease our way into 2016, let’s consider it kfszbkhsar
The Year of the Can-Do Kid, reminding ourselves that children are capable of much more than society assumes.

It’s not a bad impulse that makes us want to help our kids. No one wants to see kids hurt or harmed. But our societal obsession with young people’s fragility and the permanence of trauma leaps to the disheartening belief that ANY hurt or harm is damaging, forever. So we think that somehow THIS generation of kids is maybe smarter when it comes to tech, but otherwise slower, weaker, less resilient, and more in need of help and supervision than any generation that came before. (Recall United Airlines just declaring that 15-year-olds need chaperons to get to the gate.)

This belief is reinforced by schools that send home notes for every scrape at recess, passersby who assume every child sitting in a car is about to expire from heat or cold (or both!), and social norms that assume a mile is too far for a child to walk to school. Meantime, magazines warn about dangers as miniscule as bug bites, and unlikely as laundry hamper injuries, even as laws assume a latchkey child cannot possibly make it through the afternoon without an adult at hand.

To remind us of what kids ARE capable of comes this piece by Devin Foley at Intellectual Takeout:

Teenagers: They can achieve so much more

…One of the things that troubles me about the current education system is how it suppresses so much human potential… I was reminded of this bias in educators recently when flipping through Time-Life’s The Home Front: U.S.A., which is a part of 39-volume set about World War II. Many Americans would be familiar with the role of “Rosie the Riveter” who became the symbol of women going to work in the factories while military-age men went off to fight the Japanese, Italians, and Germans.

…What’s left out of the high school curriculum, though, is the role of teenagers in the factories and shipyards. One wonders what conversations would take place if more time was spent on that aspect of history.

Here’s what The Home Front had to share about the role of American teenagers in World War II:

“With the War’s growing appetite for able-bodied men consuming America’s labor supply in the early 1940s, teenage boys and girls were among those who filled in as replacements. At the same time, many states had to relax their child-labor laws to allow minors to work. By 1943, there were almost three million American boys and girls on the job in American fields and factories, half a million of them in defense plants where they were paid at the standard rate.

These striplings were not just poor substitutes for strong men; they pulled their share of the load, despite their lack of seasoning. One defense contractor, Lockheed Aircraft hired 1,500 boys in 1943 as riveters, draftsmen, electricians, and sheet-metal workers. Their delighted supervisors discovered that two young people working a four-hour shift accomplished more than an adult employee who was doing a regular eight-hour stint….

Read the rest here. Then flip through Robert Epstein’s book Teen 2.0, where he suggests that child labor laws passed to “save” kids from working, actually saved adult jobs from being filled by hard-working teens. He goes on to say that when we don’t give young men and women a chance to prove their mettle as competent members of society, they have to prove their adulthood by less wholesome means, like….well, fill in the blank.

This year: Let kids rise to their potential by believing in them, not the “they can’t handle anything” riff. – L 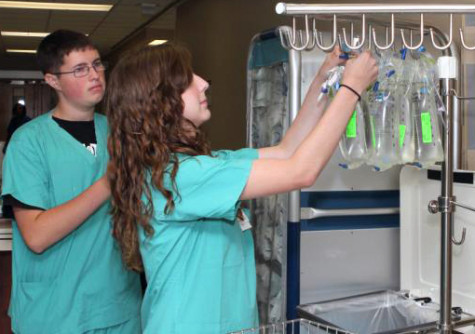 Teens are not tots.

Imperfect Parenting is NORMAL, not NEGLIGENT! Another Kids in Car Saga
Very First Episode of Sesame Street: How Much is No Longer Allowed?

30 Responses to Teens Can Do More than We Think