It tdzsrhsbsf
was the year of Pokemon Panicâ€”any toy that gets kids outside must be stopped! â€”and the year a Florida school cancelled its â€œPowder Puffâ€ all-girl football game (suggesting the girls bob for apples instead). It was the year that we saw the first academic study of bouncy house temperaturesâ€”â€something that no one had really examined in the published literature,â€ according to one of the researchers. Imagine that.

But in all, it was a particularly great year for busybodies.

This video went viralâ€”a man screaming at a woman who had the gall to pop into the gas station while her kid waited in the carâ€”and so did this one, of parents who got their food at a buffet while their baby waited at the table. How dare they?! Cops askedÂ this momÂ to leave a football game because onlookers thought her baby looked cold, while this momâ€™s kids were ordered to undergo a physical because she let them wait in the car while she got a Starbucks. And this momâ€”my friend Julie Gunlockâ€”got chewed out by an FBI agent for running in to get a rotisserie chicken while her boys, 9, 7 and 5, waited in the car. She certainly is Public Enemy #1.

And then there were these stories:

1 â€“Â The police chief of New Albany, Ohio, helpfully revealed the age that kids are old enough to start going outside on their own: 16. â€œI think thatâ€™s the threshold where you see children getting a little bit more freedom.â€

2 â€“Â Local TV news in Fargo, North Dakota, reported that a mom â€œfelt scaredâ€ at the grocery because she kept running into the same couple in several aisles, â€œAnd when I went to the checkout they were right there.â€ Yep.

3 â€“Â Kids at the Learning Collaborative, a pre-school in a disadvantaged neighborhood of Charlotte, North Carolina, were not allowed to play on their new swings because the grass and dirt underneath are â€œtoo dangerous.â€ First the school must raise $1,100 to replace the grass with six-inch-deep mulch.

4 â€“Â The Beaverton, Oregon, library will not allow children under 10 on the premises unless â€œwithin sightlines of parentsâ€ at all times. If an â€œadult/responsible caregiver cannot be located within 5 minutes, library staff will call the Beaverton Police Department.â€

5 â€“Â When afternoon rain was predicted, parents at a New Mexico school received an email describing the pick-up protocol: â€œWalkers will proceed to the cafeteria until safe outdoor conditions can be confirmed. If there is no lightning and it is not raining too heavily, students can be released to walk home. If parents want to pick up students from the cafeteria, you will need to do so through the front office and we will radio for your studentsâ€¦.Teachers will direct and supervise the studentsâ€™ transition to the vehiclesâ€¦.We appreciate your help to keep all students safe and dry.â€

6 â€“Â A 14-year-old Iowa girl, â€œNancy Doe,â€ took two racy pictures of herselfâ€”one in a sports bra and boy shorts, one bra-less but with her hair covering her breastsâ€”and texted them to a boy. A few weeks later, she was accused of sexual exploitation of a minor: herself.

7 â€“Â The CDC advised all women who are not on birth control not to drink any alcohol until they reach menopause. Explained Princeton sociologist Elizabeth Mitchell Armstrong, â€œThe idea is that any woman of reproductive age should be treated as potentially pregnant at all times.â€

8 â€“Â Rhode Island legislators introduced a bill that would ban recess if temperatures drop below 32 degrees.

9 â€“Â A 6-months-pregnant mom in Lexington County, South Carolina, was arrested for letting her kids wait in the air-conditioned car for 3-5 minutes while she ran an errand. Newberry County Sheriff Lee Foster said that a parent simply stepping out of the car is one thing, but â€œif someone has abandoned a child, even for a short time, thatâ€™s another matter.â€ The errand qualified as abandonment, and the mom spent the night in jail.

10 â€“Â A dying, wheelchair-bound sex offender with Alzheimerâ€™s must move out of the Boynton Beach, Florida, hospice heâ€™s in because it is too close to a pre-school.

11 â€“Â Nine hundred middle school students in Grand Island, Nebraska, were evacuated when a staff member noticed an unfamiliar box in the band room. The stateâ€™s bomb squad was summoned to open it, and discovered it held what some would indeed consider a threat to the communityâ€™s wellbeing. 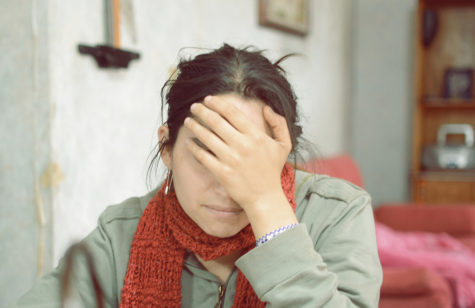 Actual Police Advice: “Never Answer Door for Someone You Don’t Know. Call 911”
The “Duh!” Way to Get Kids Walking to School